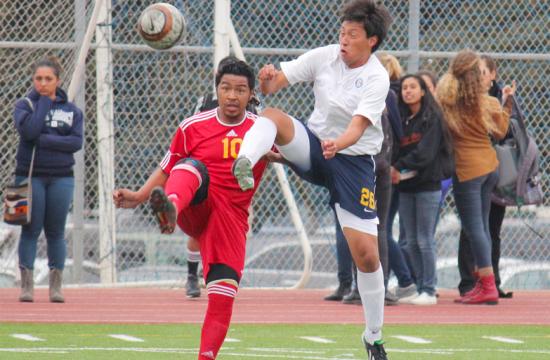 The Santa Monica High School (8-9-2) boys soccer team won their final game of the regular season against Hawthorne High School 2-0 with both scores for the Vikings coming in the second half of play at home Thursday afternoon.

The Vikings may have a shot at the playoffs due to their 7-2-1 record placing them second in the Ocean League behind Beverly Hills (9-1-0) after winning five of their last six matches.

CIF boys soccer playoff brackets will be released on Monday.

Check back at smmirror.com for updated details.