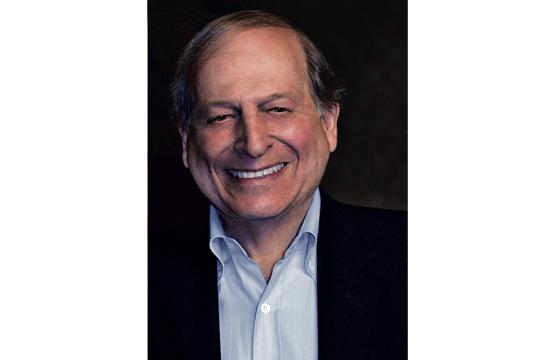 Santa Monica resident Amnon Kabatchnik has released his newest book “Blood on the Stage, 1975-2000” that provides an overview of the milestone plays of crime, mystery, and detection produced in the last quarter of the twentieth century.

Presented chronologically, each entry includes a plot synopsis, production data, and opinions of well-known and respected critics and scholars.

Kabatchnik said the book was a true labor of love.

“It combines my hobby of voracious reading of detective literature and my profession of directing plays,” Kabatchnik said. “The project started years ago as a checklist of milestone plays in the genre and gradually developed into a full-scale endeavor. In the pursuit of old, out-of-print manuscripts and yesterday’s newspapers and magazines, during the 1990s I traveled to a number of near and far libraries. Most helpful were the Olin and Uris libraries at Cornell University and the New York Public Library of the Performing Arts at Lincoln Center, Manhattan, where I found the scripts of obscure old melodramas as well as such lost plays as the stage version of ‘The Mystery of the Yellow Room’ (1912), a locked-room classic by Gaston Leroux (author of the original novel, ‘The Phantom of the Opera’).”

He said tracking the genre’s lost plays became an enjoyable part of the project.

He was delighted to discover Owen Davis’ “Nellie, the Beautiful Cloak Model” (1906), arguably the most popular melodrama of its era, at the archives of the Center for Motion Picture Study in Beverly Hills where he also unearthed the play “Everybody Comes to Rick’s” (1940) by Murray Burnett and Joan Alison, the basis for the movie “Casablanca.”

At some point he said he dug some dusty play scripts at the old, now defunct bookstores in Manhattan’s Greenwich Village.

“A major surprise that I encountered upon the research trail were obscure, pirated dramatizations of Arthur Conan Doyle’s Sherlock Holmes adventure ‘The Sign of Four,’ written and produced in America at the turn of the 20th century,” he said. “I was also astonished by the large number of main-stream novelists, playwrights, and poets who have mixed their ink with blood penning crime, mystery, and detection plays. Among them are Great Britain’s John Masefield, John Galsworthy, Somerset Maugham, John Osborne, Graham Greene, and the Americans Eugene O’Neill, John Steinbeck, Ayn Rand, William Saroyan, William Faulkner, Herman Wouk, Horton Foote, James Baldwin, Tennessee Williams.”

The latest book includes an overview of such memorable psychological thrillers and baffling whodunits as “Deathtrap” by Ira Levin, “Buried Child” by Sam Shepard, “American Buffalo” by David Mamet, “Agnes of God” by John Pielmeier, “A Soldier’s Play” by Charles Fuller, “Beyond Reasonable Doubt” by Jeffrey Archer, “Hapgood” by Tom Stoppard, “A Few Good Men” by Aaron Sorkin, “Postmortem” by Ken Ludwig, “Death and the Maiden” by Ariel Dorfman, “Killer Joe” by Tracy Letts, and the musicals “Chicago,” “Sweeney Todd,” “The Mystery of Edwin Drood,” “Les Miserables,” “The Phantom of the Opera” – altogether more than 80 plays produced in the last quarter of the twentieth century.

Now that he has covered the development of the mystery play throughout the 20th century (four volumes, 2558 pages), he is embarking on a prequel that will cite the most important theatrical works of crime and punishment beginning with the ancient Greeks – whose stages were awash with blood – and culminating at the end of the 19th century, a sort of: from Oedipus, the first stage investigator, to Sherlock Holmes, the greatest.

As a reference book, “Blood on the Stage” is targeted by its publisher, Scarecrow Press, to across-the-country libraries and college/university departments of theatre.

But Kabatchnik said the four sequential books seem to gather more-and-more interest by the general reading public – lovers of the theatre and aficionados of suspense fiction.

“There are books covering the thriller milieu in film, television and radio, but to the best of my knowledge, ‘Blood on the Stage’ presents the only methodical study of the genre in the legitimate stage,” he said. “And, thankfully, some reviewers found here not only a source for valid information, but also an entertaining reading experience.”

Kabatchnik arrived in Santa Monica about five years ago and ever since have lived on Third Street, on the edge of the Promenade between Wilshire and California Boulevards.

“A great location, feet away from the beach, assorted restaurants, movie theatres, and a Barnes & Noble bookstore which I visit daily,” he said. “What else does one need? There must be something in the waters of Santa Monica, for during my five years here, I have published five books.”