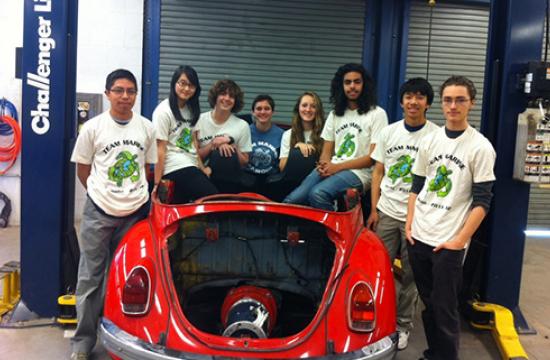 Daily voting across the Facebook community decided the 10 winners, who garnered between 366 (John F. Kennedy Middle College High School) and 1,550 (Norwalk High School) votes apiece. In a series of sponsored field trips in March and  April, each winning school will be able to bring 50 students to join in TreePeople’s multi-year effort to restore the firedamaged

TreeByTree was launched to inspire and engage middle and high school students while simultaneously encouraging families in Southern California Edison’s (SCE) service territory to support the cause by switching to paperless billing.

Over the five weeks of the campaign, SCE secured nearly 1,500 customer commitments to give up paper statements.

“Last year, Edison International gave 19.2 million shareholder dollars to thousands of nonprofits in our service territory, including TreePeople,” said Tammy Tumbling, director of Philanthropy and Community Investment for Southern California Edison. “The Angeles National Forest remains in dire need of human intervention following the devastation of the 2009 Station Fire. Edison International is very pleased to work side-by-side with TreePeople and the winning schools to restore the Angeles.”