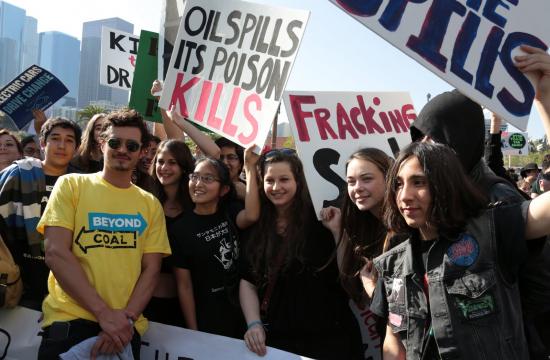 Santa Monica High School’s Team Marine and Marine Biology students joined more than 1000 people on Sunday in a march to Los Angeles City Hall to encourage President Obama to stop the construction of the Keystone XL Pipeline and move the United States away from polluting fossil fuels.

The students got to meet actors Ed Begley, Jr. and Orlando Bloom as well as hear talks from Congressman Henry Waxman and NASA/JPL climate scientist, Josh Fischer, among many others.