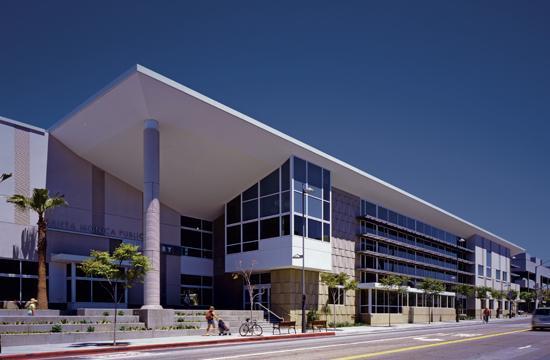 After two-and-a-half hours, patrons will have to pay $1 for every 30 minutes with a $10 maximum.

Previously, the rate was $1 per hour after the first 30 minutes with a $5 maximum.

From a time perspective, paying $5 on a weekday meant parking at the Main Library lot for at least five-and-a-half hours.

Under the new rates, parking for five-and-a-half hours at the Main Library would cost $8. The $10 maximum would be reached by staying parked there for an additional hour. Remaining unchanged are weekend daily rates ($5) and monthly rates ($82.50).

The monthly parking rate at the Main Library is pegged, according to City staff, between rates in the downtown core (as high as $120 monthly) and the Civic Center (about $65 monthly).

Three members of the public addressed the council. One speaker said the overall condition of the parking garage was deteriorating and while she supported the rate increase, it may not be enough to address the overcrowding.

The issue came to council after complaints were made to City Hall that it was too difficult to find parking at the Main Library lot.

When parking rates in Santa Monica were adjusted last year, some lots just beyond high traffic areas were pegged with lower rates in hopes to attract more people parking there. It was basically an attempt to spread parking across several lots in the downtown area, for example, and avoid potential overcrowding at some lots or garages while others nearby were empty.

However, the low rates at the Main Library may have attracted too many long-term parkers.

By raising the rates for the Main Library lot, City Hall hopes to better manage long-term parking there by decreasing demand.

“The proposed rates are anticipated to reduce demand for long-term parking while preserving lower rates for short-term parking primarily used by Library patrons, allowing the City to better meet its parking management goals at this facility,” City staff stated.