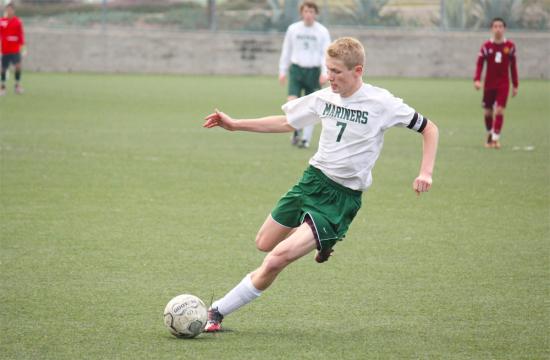 St. Monica (8-1-1) boys soccer beat Cantwell-Sacred Heart(7-9-1) by a score of 2-1 Monday afternoon at Airport Park before going on to tie top-seeded Serra Wednesday 2-2 showing just how good the Mariners are and how they have improved throughout the season.

St. Monica Boys Head Soccer Coach Rimal Patel was proud of the way the Mariners played against the Cardinals.

“The game was fantastic,” said Patel. “It was a must win game. It leads us off into our last game which is our last chance to win league.”

St. Monica didn’t defeat Serra for their game in the Santa Fe League but they didn’t lose either tying the game 2-2 in a marketed improvement over a game in January when they lost their only league game to the Cavaliers 4-0.

Next game for the Mariners will be in the playoffs with the CIF Southern Section Playoff Brackets TBA.

Check back at smmirror.com for the playoff schedule to be released Monday, Feb. 11.