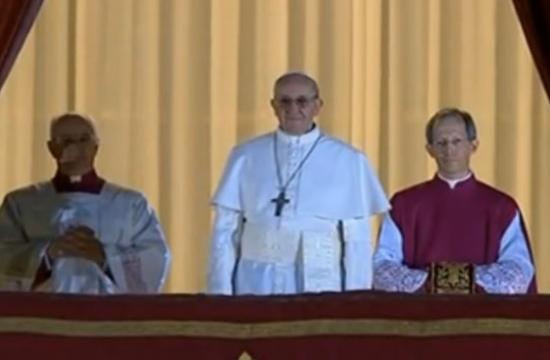 Argentinean Cardinal Jorge Mario Bergoglio has been elected pope in Vatican City. He becomes the first pontiff from Latin America.

He was chosen on the second day of deliberations by the assembled cardinals of the Roman Catholic Church.

The 76-year-old, who will take the name Pope Francis, is the first non-European pope in the history of the church.

White smoke billowed out of the Sistine Chapel just after 11am PST.

Cardinal Jean-Louis Tauran, the church’s most senior cardinal in the order of deacons, made the announced on the balcony of St. Peter’s Basilica.

“As you know, the duty of the conclave was to appoint a bishop of Rome, and it seems to me that my brother cardinals went to fetch him at the end of the world,” Bergoglio said. “But here I am.”