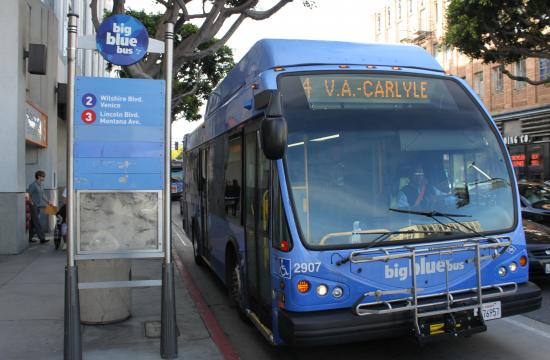 All Big Blue Bus service that regularly operates on Sundays will be running except Routes 4 and 9, which will not be in service.

Detours will begin with the first trip of the day and last until safety officers allow buses to resume regular service.

All regular BBB routes will detour along 11th St.between Wilshire Blvd. and Ocean Park Ave. Complimentary shuttles will loop in both directions on 11th Street to the east, Colorado Ave. to the south, 6th Street to the west and Wilshire Blvd. to the north to help riders get between downtown SM and the Marathon finish line.

On LA Marathon Day, Customer Service representatives will be available by phone only from 7 am until 3 pm to help bus users at 310.451.5444.