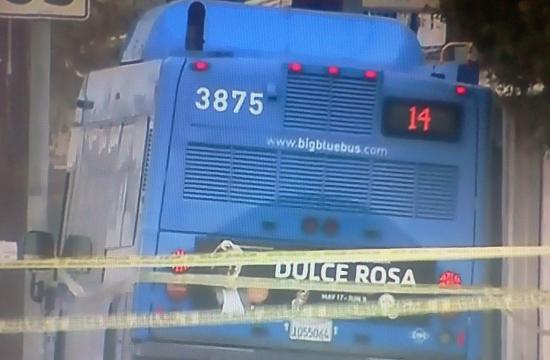 Santa Monica’s Big Blue Bus released a statement Monday afternoon regarding two suspicious packages found earlier today that turned out to be props from a training exercise held over the weekend.

A BBB rider reported a “suspicious package” to their bus operator on Route 7 traveling on Pico Blvd at about 7 am.

In addition to the one reported by the Route 7 rider, another “suspicious package” was removed from a Route 14 bus while in service on Culver Boulevard at Venice Boulevard at about the same time.

The statement said the suspicious packages were found to be harmless props intended for use in a bus security training exercise.

“Once the (Route 7) rider reported the package the operator followed protocol and called the dispatch office,” the statement read. “Big Blue Bus dispatch informed the bus operator and riders that the package was a prop, then instructed them to exit the bus anyway since L.A. County Sheriff’s Office was required to deploy a bomb squad unit to any bus that reports a suspicious package while on a public street.”

The bomb squad confirmed that there was no danger to life or property at any time.

The statement said the prop was used in a training exercise that took place on the Big Blue Bus property in Santa Monica this weekend.

Four props were used on four different Big Blue Buses. Two of the props were removed from buses prior to going back into service.

“The Big Blue Bus deeply regrets the inconvenience and concern caused by today’s incident,” said Suja Lowenthal, Government & Community Relations Manager for the Big Blue Bus. “We are grateful to our riders for being so alert and speaking up. We also extend our appreciation to L.A. County safety officials for their support in reassuring all riders that the buses are safe for regular service.”