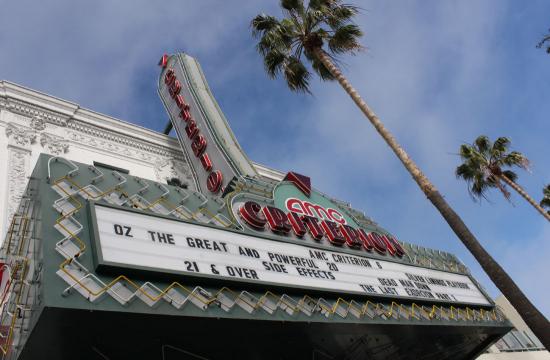 City Hall still has hopes it can find a movie theater operator to bring a new state-of-the-art cinema complex to downtown Santa Monica.

Council members approved March 12 as part of their consent calendar a contract modification with a private consulting company – IJM Enterprises – to help bring a modern movie theater to the downtown. City Hall had already been working with IJM Enterprises since 2004.

The contract modification was approved for $60,000, allowing IJM Enterprises to continue providing consulting services and help find a theater operator to invest in a new facility near the Third Street Promenade.

The council vote came after AMC Entertainment, Inc., had its exclusive negotiating rights expire in November.

After the AMC option expired, the council approved City staff to negotiate with other cinema providers to develop a cinema project in the Downtown area with IJM Enterprises taking the lead to reach out to cinema operators who are actively expanding and building new theaters.

Funding for that search had been exhausted, according to City staff. Hence, another $60,000 was required for the firm to continue searching for a potential cinema hall operator.

“Currently, there is strong interest in the project from developers and cinema operators, and staff is expecting to receive several development proposals to evaluate this spring,” City staff stated. “If a viable cinema development proposal is selected, staff will seek Council authorization to enter into exclusive negotiations.  IJM’s experience and expertise will be essential for the negotiations.”

City staff added IJM Enterprises was selected in 2004 based upon their qualifications and specialized cinema experience.

The original contract signed in 2004 was approved by the City Manager – not the council – since it was valued at less than $70,000. However, council members have approved subsequent modifications.

With all the modifications, the total contract is valued at $180,000.

A new movie theater was sought in the downtown area in light of a study released by the Promenade Uses Task Force. Established by the City Council in 2001, the Task Force sought “to understand how best to enhance the vitality and maintain the proper balance of uses on the Third Street Promenade and in the Bayside District.”

As part of its study, the Task Force determined the current mix of movie theaters in and around the Third Street Promenade “were outdated and likely would become less competitive in the near future unless they could provide appropriate amenities such as stadium seating and state-of-the-art technology.”

Accordingly, the council determined cinema redevelopment in the downtown as “a top priority.”

Plans to tear down Parking Structure 3 were made with the expectation a new AMC would be erected in its place. To no surprise, there were questions among community members of whether it was wise to eliminate a parking structure in an already parking-deprived segment of town and replace it with a movie theater.

Had AMC moved forward with its plans, the movie theater was projected to have about 2,100 seats and 70,000 square feet in size.

Late last year, representatives of the AMC team told City Hall the planned downtown movie theater would not meet their expectations with respect to financial return.

AMC already operates three theaters on Third Street Promenade but, in anticipation of opening a new facility at 1320 Fourth Street, planned to either shut down or renovate one of the cinema halls.

City staff previously said one movie theater on the Promenade – the Criterion 6 – may still close down despite AMC’s bowing out of the negotiation process.