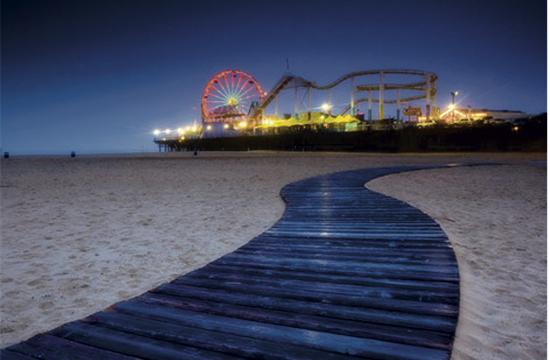 With summer just around the corner, what better way to get back in shape than to take part in the Inaugural Los Angeles NEDA (National Eating Disorders Association) Walk this Saturday, March 2 in Santa Monica.

Themed “Save a Life,” registration will began at 10 am at Crescent Bay Park, 2000 Ocean Avenue (just south of the Santa Monica Pier).

Closing remarks will be held at noon, followed by music performed by Mallory Fay and then Carol Schiada & Company until 2 pm.

NEDA is the leading non-profit organization in the United States advocating on behalf of and supporting individuals and families affected by eating disorders.

NEDA invites friends and family to spread awareness of the seriousness of eating disorders.

Saturday’s walk in Santa Monica is being held to raise awareness about the dangers surrounding eating disorders and the need for early intervention and treatment.

The goal is also to raise about $50,000 to help fund NEDA’s many important programs. Master of Ceremonies will be award-winning eating disorder specialist and author, Carolyn Costin, with special guest, internationally known author and speaker, Jenni Schaefer.

The event will feature face painting, games, and more.

• 20 million women and 10 million men suffer from a clinically significant eating disorder at some time, including anorexia, bulimia, binge eating, or an eating disorder not otherwise specified (EDNOS).

• Four out of 10 Americans either suffered or have known someone who has suffered from an eating disorder.

• By age 6, girls especially start to express concerns about their own weight or shape

• 40-60 percent of elementary school girls (ages 6-12) are concerned about their weight or about becoming too fat. This concern endures through life.

• Over one-half of teenage girls and one-third of teenage boys use unhealthy weight control behaviors such as skipping meals, fasting, smoking cigarettes, vomiting, and taking laxatives.

• 40 percent of newly identified cases of anorexia are in girls 15-19 years old.

• Eating disorders often occur with one or more other psychiatric disorders, which can complicate treatment and make recovery more difficult. Among those who suffer from eating disorders, alcohol and other substance abuse disorders are four times more common than in the general populations.

• For females between 15- and 24-years-old who suffer from anorexia nervosa, the mortality rate with the illness is 12 times higher than the death rate of all other causes of death.