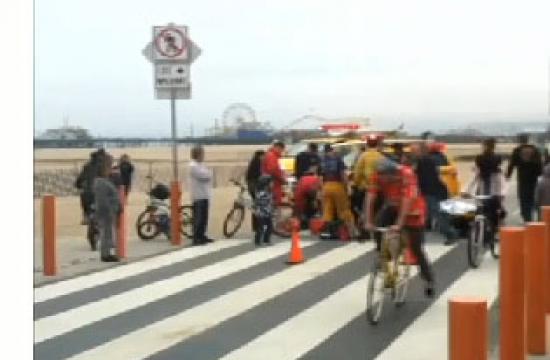 According to a recent KCAL9 news report, a turf war is brewing between cyclists and pedestrians.

The news station spoke with cyclist John Bivens who was involved in a collision during his routine afternoon bike ride along Santa Monica Beach about a week ago.

Bivens claims a female pedestrian walked into the bike path without checking for oncoming cyclists, which caused him to crash into her.