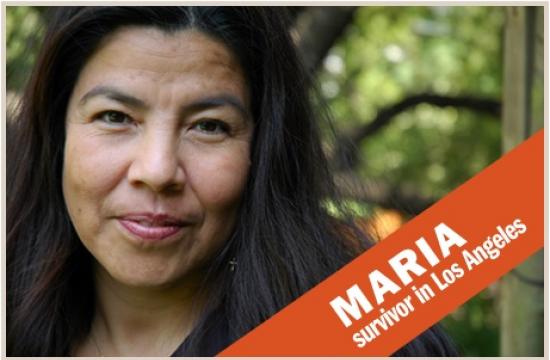 Soka Gakkai International-USA’s (SGI-USA) Culture of Peace Resource Center in Santa Monica, in collaboration with the U.S. Fund for UNICEF, will host a screening of the documentary film, “Not My Life,” which is narrated by Glenn Close.

The event will take place at 4 pm at the SGI-USA Culture of Peace Resource Center (606 Wilshire Blvd., Santa Monica CA 90401).

Suarez will take part in an expert panel discussion following the screening.

“I want to use my personal experience to alert others and to help them avoid the same hole I fell into,” Suarez said. “I used to blame myself for what happened to me, but now I advocate for prevention and encourage others to talk and look for help.”

The panel will be moderated by Lesford Duncan who is a Global Citizenship Fellow at U.S. Fund for UNICEF.

“The panel discussion will shed light on human trafficking both in the United States and abroad and provide attendees with ways to take action to help end this horrific practice,” said Duncan.

“Not My Life” is the first documentary film to depict the practices of human trafficking and modern slavery on a global scale.

Filmed on five continents over a period of four years, “Not My Life” unflinchingly, but with enormous dignity and compassion, depicts the unspeakable practices of a multi-billion dollar global industry whose profits, as the film’s narration says, “are built on the backs and in the beds of our planet’s youth.”

Joining Suarez on the panel will be renowned advocate and recent administrator to the Orange County Human Trafficking Taskforce, Sandie Morgan.

“When we begin to understand our role in driving demand for child trafficking, we will confront our own responsibility and begin the serious task of ensuring justice for children exploited in our own neighborhoods or across the globe,” Morgan said.

The Culture of Peace Resource Center in Santa Monica is one of six centers in the United States opened by Soka Gakkai International-USA with the support of former United Nations Under-Secretary-General Ambassador Anwarul K. Chowdhury.

Free parking is available in the SGI-USA parking structure on 6th Street between Wilshire Boulevard and Arizona Avenue.