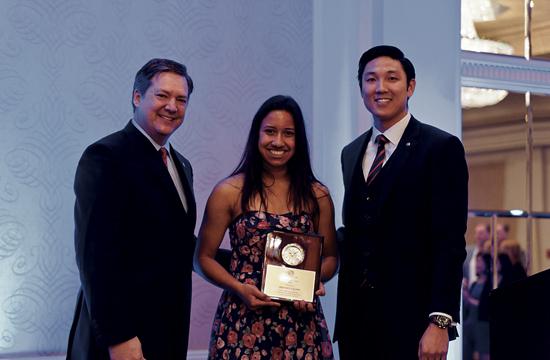 Having already won $2,500 in college scholarships, the youth are now competing to represent LA County in the California competition.

Presenting sponsor Disney will join the LA County Alliance in announcing the 2013 “Co-Youth of the Year” winners at the California Science Center on March 20.

If one of the “Co-Youths of the Year” wins the California title, he or she will advance to the Pacific Region competition with the chance to compete for Boys & Girls Clubs of America’s National Youth of the Year title.

The National Youth of the Year receives more than $60,000 in college scholarships and has a chance to meet the President of the United States in the Oval Office.

Once a teen is selected as their Club’s Youth of the Year, they are invited to compete at the County level in addition to enjoying a one-year term as the teen spokesperson representing their Club’s youth by taking part in community events and activities.