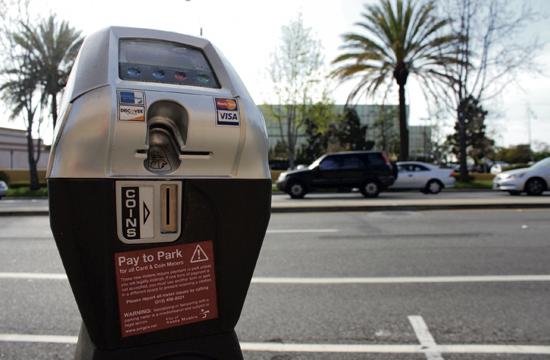 Parking in Santa Monica can be both costly and difficult. The same could be said of operating all of those credit card-friendly parking meters across the City.

One contract is for an additional $600,000 to California-based IPS Group, Inc., bringing the total value of that agreement to $1.2 million.

The second contract amendment is for an additional $3 million to Kansas-based TransFirst Health and Government Services, Inc. That contract, which is for five years, is now worth $6.35 million.

The amended contract will also include an additional $150,000 to IPS Group to replenish battery meters and perform other routine maintenance.

Ever since City Hall launched a trial program of credit card parking meters, usage of such meters increased from about 30 percent in 2011 to 60 percent of all transactions today.

According to City staff, an average of 1 million transactions per month occurs at single-space parking meters. Based upon City Hall’s statistics, about 600,000 of those transactions involve credit cards.

With the increased usage of credit cards at parking meters, City Hall has had to pay IPS Group an additional $450,000 per year and another $1 million annual in credit card processing fees to TransFirst Health and Government Services.

IPS Group is primarily in charge of maintaining the meters. TransFirst Health and Government Services oversees each transaction and collects a per-charge transaction fee. Under the original contract, the firm collects about 35 percent of transactions involving credit cards.

In 2011, City Hall converted all 5,967 on-street parking meters to credit card enabled meters operated by IPS Group. The technology of the meters included sensors providing real-time parking information to drivers who had a mobile application on their cell phone. The same info was also available on the City’s website.

According to City staff, IPS Group “was the only company that could deliver a functional single-space product.” They also installed single-space meters with credit card capability in Los Angeles, Beverly Hills, and West Hollywood.