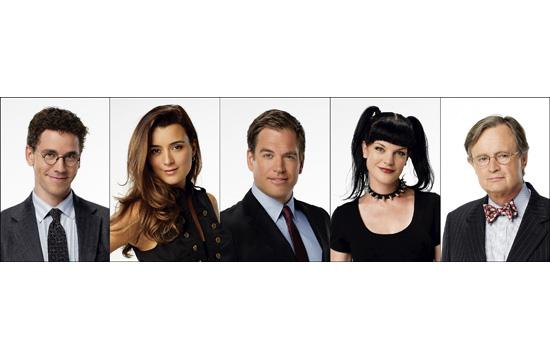 A colorful sea of people dressed in red will take over the Fairmont Miramar Hotel next Saturday night for the 8th Annual American Red Cross Red Tie Affair.

The theme of this year’s fundraiser is A Salute to the Armed Forces, honoring service men and women from all branches of service.

The evening will also honor the cast and executive producers of the CBS drama “NCIS.”

Julie Thomas, the new CEO of the Santa Monica Red Cross chapter since November, has jumped in with both feet in regard to the event’s planning.

She said she was excited for the fundraiser and the armed forces themed night, which will be hosted by Fox 11 News anchor/reporter Christine Devine.

“One of the things I did not realize until I came to work here were all of the things that the Red Cross does for the armed forces,” Thomas said. “Red Cross was actually founded on the battlefields during the Civil War after Clara Barton saw how people who were wounded and how they were being treated. She decided to try and do something about it. That’s really how the organization got started.”

Thomas said the event would honor veterans on the red carpet.

“We’re going to have somewhere between 15 and 25 military people who are going to be there and walk the red carpet,” she said. “We’re also going to do a little education at the event to let people know what the Red Cross does.”

What exactly does the American Red Cross do?

Thomas said the organization provides compassionate care for people affected by disasters in America, support for members of the military and their families, blood collection, health and safety education and training, and international relief and development.

She said funds from the event would be used for services on local, national, and international levels.

“Since I’ve been with the Red Cross there have been two apartment fires in Santa Monica where we’ve gone over and helped with getting the people back to a place where they are safe,” she said. “If their apartment building is not safe for them to go back in after a fire, like in one of the cases, we put the people in a hotel for a while until they could find another place.”

On a national level, she said the Santa Monica chapter helped contribute to the efforts in disaster relief following Superstorm Sandy.

“We sent emergency vehicles as well as deploying volunteers and staff to help,” she said. “Some of them went before the storm hit so they were on the ground as soon as possible to help after the worst of the storm had passed.”

At the Red Tie Affair, the Crystal Cross Award for outstanding support of the American Red Cross will be presented to the cast and executive producers of “NCIS.”

Thomas said “NCIS” did a wonderful job promoting the Red Cross on its show. She said cast members also helped answer phones during a telethon to raise funds after Superstorm Sandy.

The Rick Crocker Spirit of Volunteerism Award, which is named for the Santa Monica police officer, Red Cross volunteer and Iraqi war veteran who died in 2005, will be presented to Dr. Richard Corlin, of St. John’s Health Center.

The Red Cross of Santa Monica selected Dr. Corlin because of his dedication and community service to the Santa Monica and the Westside community for more than 30 years. Dr. Corlin, and his partners-in-practice, have provided gastroenterology services without charge to local patients on a regular basis since the 1980’s.

The evening’s festivities will include cocktails, gourmet dining from celebrity chef Nick Stellino, silent and live auctions, and special entertainment.

Some of the auction items include a rare visit to the set of “NCIS,” an autographed Maroon 5 guitar signed by Adam Levine and all band members, a unique ride along with a Santa Monica Police Department officer, a gourmet dinner for 10 at the Fairmont’s FIG Restaurant, and a Red Cross designed surf board, among many other items.