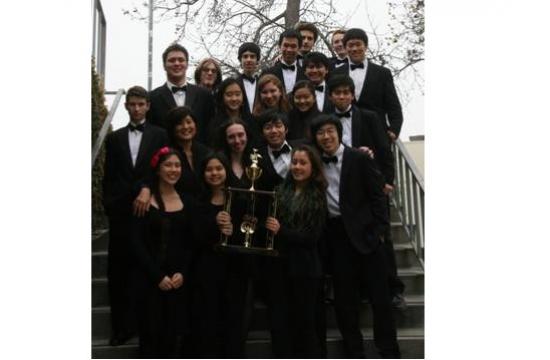 The festival was held at Mt. Hood Community College in Gresham, Oregon.

“The literature which chamber performed was varied in style and quite challenging,” said Swenson. “I am thrilled and proud of the students for their work in preparing the pieces and for their focus in executing the music at such a level of artistry.”

Sindell is a student of Jascha Heifetz, the most influential violinist of the 20th Century.

An internationally known solo artist, Cheifetz studied under celebrated cellist and pedagogue János Starker, and has performed at the White House.

Samohi’s top 20 string players comprise the Chamber Orchestra, which meets twice weekly after school and frequently performs in the community, sometimes stepping outside the classical repertoire.

Last May the Chamber Orchestra backed up Glenn Frey of The Eagles fame in a concert at the Wiltern Theatre.

“Chamber has given me a community during my time at Samohi,” said senior Ilana Greenberg. “Mrs. Swenson is so dedicated to our group, and challenges us with literature I could never have dreamed of playing. All of the students constantly push each other to strive and do better.”

Across-the-board “Superiors” from three performance judges and one sight-reading judge was a Samohi Orchestra first since the school began hosting the annual festival in the late 1980s.

To inquire about booking the Samohi Chamber Orchestra or a smaller ensemble, email Joni Swenson at jtswen@gmail.com.