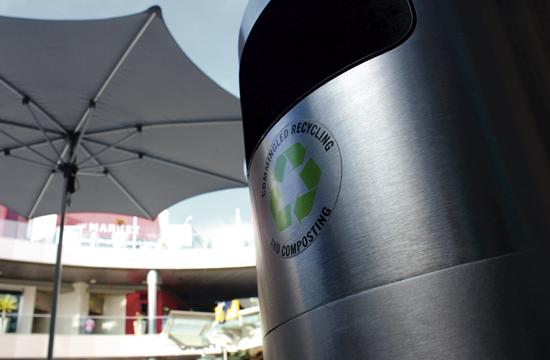 Santa Monica is one step closer to codifying sustainability as a fundamental right for local residents and the surrounding environment.

With only four Council members participating in the vote, the elected panel unanimously voted in favor of an ordinance “establishing sustainability rights for Santa Monica residents and the natural environment.”

The ordinance still must pass a second reading in April.

Still, those sitting in Council Chambers erupted in applause – a rarity at most Council meetings – after Mayor Pro Tem Terry O’Day lodged the vote that allowed the ordinance to pass the first reading.

The ordinance also establishes the rights of natural communities and ecosystems to exist and flourish in Santa Monica and asserts the rights of residents to enforce those rights on behalf of the environment.

To help ensure the protection of sustainable rights, City staff must present a written report at a public hearing every two years addressing the state of the local environment. Also at that hearing, City Hall must demonstrate the progress it made in implementing and enforcing the Sustainable City Plan and the provisions of the ordinance.

An ambitious ordinance, both Council members and City Hall hope the proposed new law is more than just lip service.

“Mitigation-based environmentalism is so twentieth century. It’s not enough,” Council member Kevin McKeown said. “We’re in the twenty-first century. What we’re doing here tonight on behalf of the people of Santa Monica, but also on behalf of our planet, is moving into a compensatory and protective shift of power. We cannot let corporations continue to do what they’ve been doing.”

So, what, exactly, does the ordinance aim to protect?

“The ordinance asserts the fundamental rights of all Santa Monica residents to clean water from sustainable sources, clean air, a sustainable food system, a sustainable natural climate, comprehensive waste disposal systems that do not degrade the environment, and a sustainable energy future based on renewable energy sources,” City staff stated. “The ordinance also recognizes that corporate entities and their directors and managers do not possess special privileges or powers under the law that subordinate the community’s rights to their private interests.”

Several members of the public spoke on this agenda item and, in general, commended City Hall and Council members for pushing forward an ordinance making sustainability a fundamental right.

“Today, I am proud to be a Santa Monican,” Marianne Simon told Council members. “It is long overdue that the Earth has a seat at the table when we make our decisions in how we utilize our resources in a sustainable manner.”

Local activist Jerry Rubin joked: “If the environment was a bank, it would have been saved already.”

One resident pointed out City Hall was at odds in considering an ordinance making sustainability a fundamental right while also operating Santa Monica Airport.

Also attending the meeting and addressing the dais in support of the proposed ordinance were several Samohi students.

The implementation of sustainability as a fundamental right was drafted and executed with the spirit of the Sustainable City Plan (SCP), which Santa Monica adopted in 1994 and updated in 2003 and 2006.

“It also recognizes that local environmental, economic and social issues cannot be separated from their larger context and therefore commits the City to development programs and policies that will serve as models for other communities,” staff continued.

Almost two years ago, Santa Monica’s Task Force on the Environment explored the creation of a Sustainability Bill of Rights that would make it a right for people, natural communities, and ecosystems to co-exist. The Bill of Rights would also allow people to pursue lawsuits “to effectuate the rights of the natural world” and “subordinate corporate rights insofar as those rights threaten sustainability.”