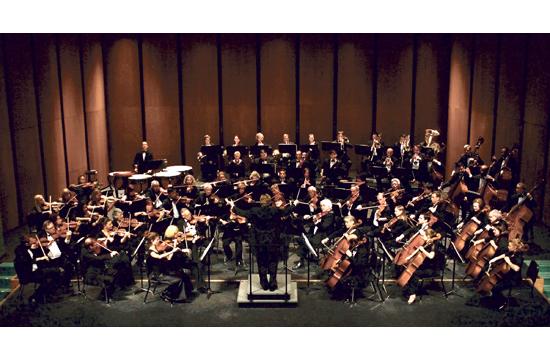 I love music and had already attended all of the Santa Monica Symphony’s (SMS) concerts this season, with Guido Lamell as its new music director and conductor.

It has been marvelous to see, in these few short months since the orchestra was reinstated, how quickly it has developed into an ensemble of spirit, power and musical flair.

Barnum Hall was full of local concert goers who came to celebrate spring by enjoying the ambitious program presented by the SMS orchestra.

First on the program was the Roman Carnival Overture, by Hector Berlioz, one of the most brilliant and popular of orchestral showpieces.

On Lamell’s downbeat, the orchestra flew out of the gate with such power and zeal that the effect was stunning. This was soon followed by the luscious English Horn solo, performed wonderfully by Phil Popham.

From here the music rose in excitement through to the end – cymbals crashing and brass heralding in true symphonic spectacle to the finish line. I could tell from the smiles on musicians’ faces that the orchestra was having a great time.

The next piece was the Rachmaninov Piano Concerto No. 3, which reminded me of the movie “Shine,” and how the piece had haunted pianist David Helfgott his whole career.

Lamell had announced from the stage that he felt very fortunate to have found Minh Nguyen to perform this piece with the orchestra.

Minh is a freshman at UCLA, majoring in piano performance, and with this piece under his belt, he is truly a major player.

The concerto is known for being one of the most technically difficult, but Minh played with great virtuosity, tackling the octaves and speedy runs with plenty of dexterity, control and stamina. I believe that every key on that great Fazioli piano was utilized, (often at incredible speed) and with true passion and poise.

Minh was very modest at the end, more comfortable turning to the conductor and thanking him for the performance than facing the audience who gave him an immediate and unanimous standing ovation and lots of bravos.

Lamell did a wonderful job in keeping the orchestra together with the soloist in what is famous for being one of the most difficult accompaniments. He also had mentioned that Nguyen could perhaps have given Van Cliburn a run for his money in his award winning 1958 performance in Moscow.

After intermission, SMS performed the beautiful Symphony No. 2 in D Major by Johannes Brahms.

It was a resounding “Brahms,” and this was the piece they chose.

All movements were performed with grace and exuberance, and the variety and depth of expression were wonderful. The wind section was especially strong.

The orchestra’s principal cellist was not able to be in attendance, so Daniel Rothmuller, recently retired LA Phil Associate Principal cellist, kindly filled in, as well as principal bassist, Dennis Trembly, and they added to the full confident sound of the SMS orchestra.

I must say, having seen all three of their recent performances, they are playing with a confidence and cohesiveness that makes you forget this is mostly a new orchestra.

Everyone I spoke to at the end of the evening was blown away by the solo piano performance and by the concert overall.

Many expressed that, though the orchestra offers its programs for free, an admission price would have been well worth it.

I was happy to notice when the program ended that many people headed straight for the donations boxes and made contributions.

I was fortunate enough to run into Minh and asked him politely to sign my program.

He was humbled and of course, signed with pleasure.

Heads up, he will be performing this concerto on May 16, 2013 at Schoenberg Hall, UCLA.

All in all, a terrific Westside musical experience.