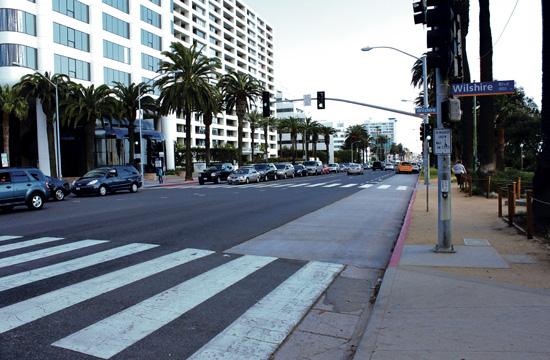 Santa Monica City Hall may generate between $50 million and $60 million within the next 20 years to help the City achieve its ambitious transportation goals.

Council members unanimously approved on Tuesday evening a transportation impact fee (TIF) to be applied to developers who build with Santa Monica’s borders.

The potential infusion of cash from the TIF would help offset some of the $134 million City Hall expects to spend on building a better transportation infrastructure in Santa Monica.

“The purpose of the Multimodal Transportation Impact Fee is to ensure that new development, projected through the year 2030 in the Environmental Impact Report (EIR) for the Land Use and

Circulation Element (LUCE) of the Santa Monica General Plan, pays its fair share of the costs of providing the transportation infrastructure necessary to implement the policies and achieve the goals of the Plan,” Nelson/Nygaard Consulting Associates stated in its Nexus Study submitted to City Hall.

Developers would only be assessed the fee if its proposed land use would increase the amount of auto trips. Just the same, developers “would not be charged if land use changes result in fewer auto trips.”

“The proposed transportation impact fee is intended to capture projects that result in changes from one type of land use category to a land use category with a greater trip generation rate, such as from office to medical office or office to retail,” City staff stated. “Consistent with other impact fees in the Municipal Code, development agreements would not be subject to the ordinance.”

The fee amount collected will vary from project to project and based upon a square foot basis. For non-residential developments, a building permit would not be issued unless the TIF is paid.

Between 37 and 45 percent of those costs would potentially be covered by the TIF, with the remaining balance funded by regional, state and federal grants and the City General Fund, among other sources.

However, by collecting the TIF to help fund the transportation infrastructure plans, City Hall hopes Santa Monica would meet the goals of the LUCE and see an estimated net reduction to 59,500 P.M. peak hour trips.

While City Hall hopes the TIF may fund up to 45 percent of future transportation infrastructure plans, there were some who were cautious about the TIF.

In an open letter to Council members submitted to The Mirror in the lead-up to Tuesday’s meeting, the Santa Monica Chamber of Commerce, while in support of the TIF in principal, expressed concern of the fee rates.

“The unprecedented magnitude of the proposed fees, in combination with other City fees (both those in effect and those being studied), would have the unintended consequence of being a barrier to the quality development that the LUCE envisions for a small percentage of Santa Monica land, including projects that would be fiscally beneficial to the City as well as a source of the community benefits envisioned in the LUCE,” the letter stated.

Nelson/Nygaard estimated these rates could yield a little more than $60 million in fees.