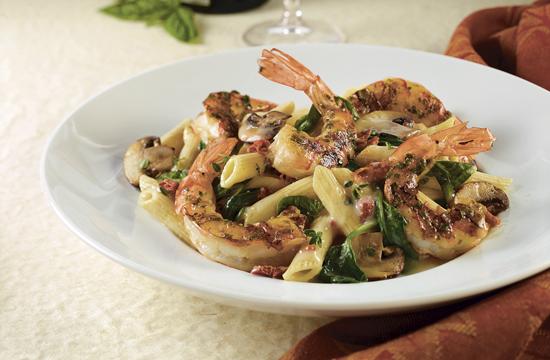 Seasons 52 Santa Monica, a new fresh grill and bar that touts American fare dishes containing no more than 475 calories, opened Thursday next to the Shore Hotel on Ocean Avenue.

Diners are tempted to start a meal with Custom Flatbreads such as the Spicy Chipotle Shrimp or Artichoke and Goat Cheese with leaf spinach, balsamic onions, and roasted peppers.

Entrees include Wood-Roasted Pork Tenderloin, Grilled Jumbo Shrimp Penne Pasta, and Lemongrass King Salmon that are flavor-enhanced with the addition of fresh herbs and spices, not butter and heavy oils.

Guests can enjoy a glass of wine from the award-winning international wine list featuring more than 100 selections, with more than 52 offerings by the glass – to be sipped during lunch or dinner in the dining room, on the expansive patio, or at the circular piano bar.

Nightly entertainment at the piano bar starts at 6 pm.

The restaurant handcrafts a full array of cocktails including seasonal selections and signature favorites such as Blackberry Storm and the Pomegranate Margarita Martini.

The Santa Monica venue will be the fourth location to open in Southern California.

The first, at South Coast Plaza, opened in August 2010 and was the first location west of the Mississippi; the second opened in Westfield UTC, San Diego in November 2012; shortly followed by the third opening at Westfield Century City.

Seasons 52 Santa Monica is open daily for lunch and dinner from 11 am to 10 pm, Sunday to Thursday; open until 11 pm on Friday and Saturday.

It is located at 120 Broadway (at Ocean Avenue), Santa Monica.