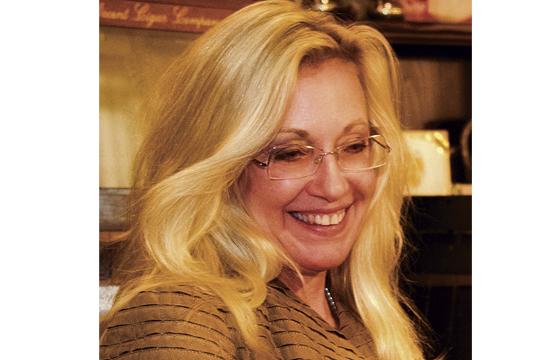 In 2003, Diane Sawyer interviewed Santa Monica resident Natalie Pace and her son for a Good Morning America story about her experience house sharing with another single mom after she was left with next to nothing after her divorce.

Ten years later, Pace said the TV appearance changed her life as it encouraged her to enter the entrepreneurial world and launch the life of her dreams, which has now paid off after writing an Amazon bestseller.

At the time, she had recently divorced her husband, and like many in that position, she found herself with less than enough money to pay the bills.

She inherited a condo that was underwater (in the Pico neighborhood) while her ex-husband took the nest egg.

She was asked to appear on GMA because she had teamed up with another single mom to house-share, save on expenses, and have a helping grown-up hand at home.

That important moment and decision launched her on what she describes as “a rocket ship to the life of my dreams,” which she said she is currently living.

Since her GMA appearance in 2003, she has become a bestselling author with critical acclaim.

Her new book “The ABCs of Money” is an Amazon bestseller, receiving five-star reviews from readers (Joe Moglia, the chairman of TD Ameritrade wrote the foreword).

How do you think the GMA appearance changed your life?

It’s quite a nail-biting experience to sit on a small set with a superstar like Diane Sawyer, and know that your face is being broadcast to over 35 million viewers! If I could have promoted my business on-air, I’m sure the hits would have crashed my server!

However, my business success would be more attributable to Mr. Steve Forbes and Paul Maidment (the editor of Forbes.com), who gave me my first CEO Q&A series on the Forbes.com Video Network. Also, I have to thank Dr. Gary Becker, Nobel Prize winning economist and professor at the University of Chicago, for leaning forward when I first began talking about my theory of economic evolution, for taking the time to listen to my easy-as-a-pie-chart nest egg strategies and Thrive Budget, and then for enthusiastically recommending them. I already had a Ph.D. in results, but needed the big endorsement.

When did the idea of the book come about?

In 2005, TipsTraders.com, an independent stock tracker, ranked me as the number one stock picker in the U.S. “You Vs. Wall Street” was an easy way to make the strategies that earned me that ranking available to a lot of people. Those who employed my strategies actually earned gains during the Great Recession. The cutting edge information that I’ve put in my new book, “The ABCs of Money,” has been saving homes and nest eggs for more than a decade, while earning superior gains above 10 percent annualized.

What do you attribute your success to?

There is no doubt that I have a natural gift for economics. I also have a strong passion for financial literacy, which fuels my desire to transform lives on Main Street by making investing as much fun as shopping, and by developing easy-as-a-pie-chart nest egg strategies. That spark of inspiration, that passion, and those natural talents are very important, however, I would have to say that 90 percent of my success is fueled by perspiration – hard work. And not just my hard work, but the support and wisdom of my friends, family, colleagues, and partners.

What message do you have for other women who may have been in the position you were in a decade ago?

The tickets to living a more enjoyable life are the Mom Network and the Thrive Budget. When you limit your basic needs expenditures to 50 percent of your income, then you have 50 percent to thrive on. I know personally how impossible this seems at first, until you get creative, particularly to Santa Monica moms, because this is an expensive city. However, there are many ways that you can achieve this.

During my many decades of living in Santa Monica, I rode a bicycle to save on car and insurance expenses. I lived with another single mother to get my son into the right neighborhood for school. I relied on the Mom Network for carpooling, childcare and even, on occasion, a meal or two. You cannot do it alone as a single mom.

One other thing that helped me tremendously was putting my money to work for me – in a smart way. I said no to a broker in 2000 who wanted to put me all in on Enron, AOL, Global Crossing and Japan, which would have lost all of my money.

In 2001, I invested a lot of money and tripled my returns within a few short months. That went a long way to easing my financial burden and allowing me to enjoy the freedom that money can buy and the spare time to enjoy the many things that it can’t – family, love. The key was two-fold. Smart investing and also relying on wisdom, instead of blind faith in someone who was a so-called “expert.”

To learn more about Natalie Pace and her book, visit NataliePace.com.