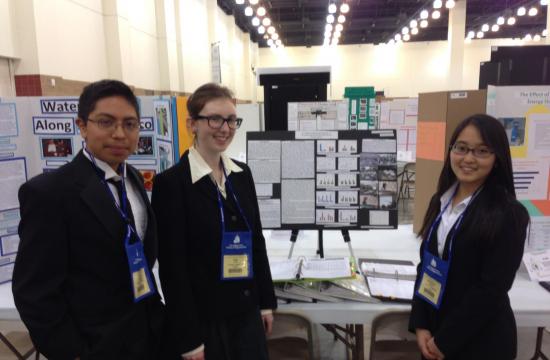 The students now advance to the state competition, held at the California Science Center April 15-16, and will later present their data at the AltBuild Expo at the Santa Monica Convention Center May 11.

Team Marine has also recently submitted some of their 2012-13 environmental science and advocacy projects to the Bag It Plastic Free School Contest, a competition that encourages elementary, middle, and high school students to reduce single-use plastics on campus.

A creative summary video of Team Marine’s work can be viewed here.