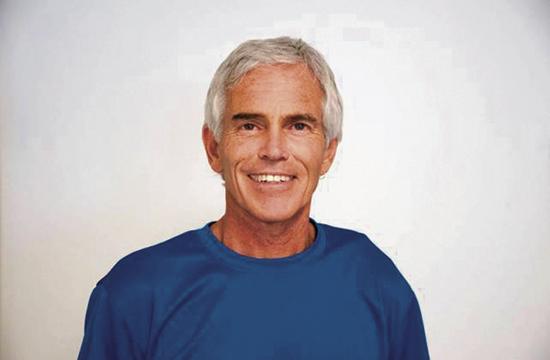 David Bryan was born in New York City and grew up in large cities and small rural communities in New York and New Jersey.

Broad interests have led to several careers, including teaching law, communication theory, and kinesiology at SUNY at Buffalo and UCLA, kinesiological research at UCLA’s Electromyography Lab, and private kinesiology practice.

In 1985 he started a private business and began what would be a three year exploration of other cultures that took him to many Caribbean islands.

In 1989 he moved to Los Angeles, where he taught briefly in the LA Unified public school district, and then for seven years at Crossroads, an independent K-12 school in Santa Monica.

Also at Crossroads, he served as the Chair and then Dean of Human Development.

In 1995 he became the founding Head of School of New Roads School in Santa Monica, a position he currently holds.

New Roads is partnering with the Santa Monica Chamber of Commerce to host tours of your new theater at an upcoming networking mixer, can you give insight into the new theater and what makes it unique?

The theater is unique in several ways. First of all, the sound is extraordinary. In addition to a regular proscenium you have in many theaters, this theater has a thrust portion of the stage that pushes out into the audience. Although there are 344 seats in the theater, no one is sitting more than seven rows away. It’s a really intimate space that’s flexible. We can show films, use it for music, drama or the spoken word performances.

What makes the building unique is what’s going on inside of it. It’s the idea that we have a collaboration of various nonprofit organizations that work in the areas of arts and education to be in the theater and incubate programs together that are designed to improve education or services for young people who are under-served. The Community Forum or Leadership Center (name currently pending), which is the room that we’ll be having the mixer in, is a large space of about 2000 sq. feet. It looks like a cross between a library and a forum. It’s quite lovely. The theater was completed about a month and a half ago. It’s already getting lots of use.

You established New Roads in 1995 with Dr. Paul F. Cummins, Founder and CEO of New Visions Foundation. How has the school evolved since then?

When The New Visions Foundation hired me to start New Roads School in 1995, we started out as a middle school, 6th, 7th and 8th grades, in the Santa Monica Boys and Girls Club. We would lease space during the day time, which is when the club was empty. At 2 or 3 o’clock it would “explode” into the Boys and Girls club and there was all of those programs happening. It expanded each year, from 6th to 8th grade the first year, then 6th to 9th grade the second year, then to high school, and at some point we started an elementary school. Now it’s a K-12 school and we’ve got this campus here and another elementary school campus about a mile away from here.

Throughout that time, although the school has evolved and grown significantly from 70 students to 660 students, the core values of the school have remained the same: a value for racial, ethnic, socio economic, cultural diversity; a value for issues of social justice and ecological sanity informing the curriculum; a real effort to bring educational innovation into the classroom. Those core values have remained the same even though the school has evolved in all sorts of ways.

What do you see as the future of private schools?

I’m hoping the next several years will see private schools doing what we did in 1995, which was a powerful effort to open the doors of private schooling to more families that might not otherwise be able to afford the tuition we charge. That means some effort to increase financial aid. I think another thing you are going to see is independent schools merging. Some private schools have large endowments and they don’t have to worry as much about funds. I think some of the smaller and younger private schools that are less well funded might join forces. I also think there will be more effort to seek creative ways to deliver education. Clearly we have moved to a world that is increasingly online. I imagine online education, or at least aspects of online education will increase, not just at private schools, but public schools as well.

Phase I of The Herb Alpert Educational Village at the High School campus recently concluded. Can you explain the joint venture between New Roads School and the New Visions Foundation for this project?

The idea of the Herb Alpert Educational Village was not just the expansion of New Roads School, but bringing together various like-minded and like-valued nonprofits. The portion of the Village that houses these non-profits has already been built.

The building itself is called the Capshaw-Spielberg Center for Educational Justice. That’s been completed and is up and running. The rest of the project is the rest of the campus. In terms of building, our next steps will likely be a gymnasium and classroom spaces. That will happen as a function of funding. Our plans are to enhance the campus, to be able to offer more opportunities for students and students in the community. In terms of the collaborative spaces, that’s already been built. We are really at the very beginning. Some of our tenants have just moved in. The ones so far are The Ojai Foundation, Center for Effective Learning, Contra-Tiempo Dance, Young Storytellers, LA Diaper Drive, My Hero Project, New Earth, California Dance Institute, and 5 Gyres. I suspect things will percolate into next year with programs with New Roads School and hopefully the export of those programs to other places in the city.

The school has several unique programs, one of them being Human Development Program. Can you explain how this fits into the school’s education philosophy?

I think of it as a very subtle virus that we implant in all of our students when they get here. We have a human development program that is called different things at different grade levels and are intended to bring the community together. They are intended to enhance students’ communication skills, their ability to express themselves, to express subtle nuances, to pay attention to those aspects of a human being that tend not to make their way into the academic or arts curriculum. It is life education.

What does it mean to be a young person growing up on the Westside of Los Angeles in the 21st century in this world? How do you make friends, and what kinds of choices do you make? How do you live an ever more curious life? It’s interesting to see that the virus actually works, especially in times when some crisis happens in the community like somebody passes away or some sort of issue or tragedy happened. The ease with which kids step into compassion and respect and honesty and courage. It’s a commitment by the school. Every student at every grade level takes a human development class.

The message is really clear: while you could be spending those hours doing more calculus or learning more history, and of course those things are very important, there’s this other important aspect of life which is how to be a good human being. It’s required of everybody in kindergarten to 12th grade

Finally, what do you think is the value of being located in Santa Monica and what’s the importance of partnering with the City and organizations such as The Chamber?

I think a lot of times the perception of independent schools, and in some instances it is true, is that they are kind of elitist and alienated and they don’t mingle with the rest of the public. I think that is frequently an unfair and inaccurate assessment of what independent schools are or want to be. Certainly for New Roads, our effort right from the start has been to see if we can open the doors and make connections with the community. One way is to partner with The Chamber and let people and businesses see who we are.