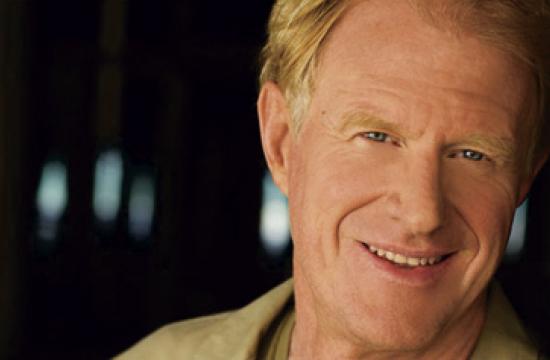 Inspired by the works of his Academy Award-winning father, Ed Begley, Jr. became an actor. He first came to audiences’ attention for his portrayal of Dr. Victor Ehrlich on the long-running hit television series “St. Elsewhere,” for which he received six Emmy nominations. Since then, Ed has moved easily among feature, television, and theater projects.

Ed co-starred in the Woody Allen movie “Whatever Works” with Larry David, as well as the Seth Rogan/Judd Apatow film “Pineapple Express,” and a number of Christopher Guest films, including “A Mighty Wind,” “Best In Show,” and “For Your Consideration.”

Other feature film credits include “Batman Forever,” “The Accidental Tourist,” and “The In-Laws.”

Ed has directed several episodes of the hit show “NYPD Blue.” He also wrote and directed the play “Cesar and Ruben,” which won a Nos Otros Award and four Valley Theater League Awards.

He is one of the Governors of the Motion Picture Academy and he lives in a solar-powered home and drives an electric car. Ed and his family are currently documenting construction of a LEED Platinum-certified home for Begley Street, a television and Web series produced by Make It Happen Productions. Both shows are set to launch later this year.

What inspired you to become so involved in the environment and the green movement?

I started with the first Earth Day in 1970. I was fed up after living 20 years in smoggy Los Angeles, so I took action.

What sort of tips can you offer for people in their everyday life to help the environment?

I always suggest that people do as I did in 1970 when I was 20 years old and totally broke – that is to pick the low-hanging fruit first. What I mean by that is to do all the stuff that’s cheap and easy first. These include energy saving light bulbs, energy saving thermostat, weather stripping around the doors and windows, public transportation, if available near you, bike riding if weather and fitness permit, home gardening, home composting, and recycling. Then, if you save money on that – and you will – you can move up the ladder and do other things that cost a bit more, and save more money, etc.

And, if you save money from that – and you will – you can move up the ladder again, and who knows, perhaps one day an alternative fuel car, or maybe even solar panels!

The point is to do something, one thing for today. Then, tomorrow, do some more.

Why are you so involved in the Santa Monica community?

I try to align myself with the leaders in the green movement, and Santa Monica has always been a leader in green.

What do you like most about being a part of this community?

I live in the Valley, but Santa Monica seems to have adopted me, and for that I am quite proud and grateful.

Why do you think it’s important for Santa Monica as a whole to be involved in green causes?

You’ve shown such leadership over the years. Leadership that has been good for your residents’ health and their pocketbooks. I can’t think of any good reason to stop now.

What are you looking forward to most about the SQA Awards on March 13?

Meeting all my friends in the green community who live in that enlightened part of the world.

How many years have you been involved with this event?

About a decade, but I’m not sure.

What has your previous involvement been?

Showing up and having a ball at the luncheon.