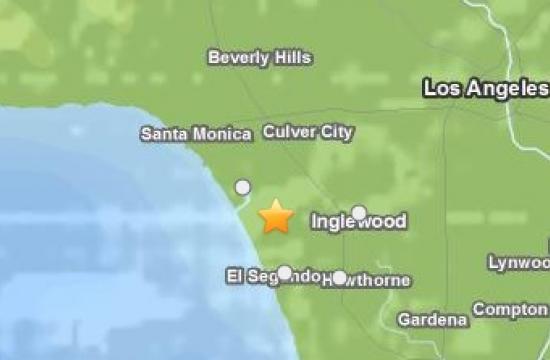 It was recorded at a depth of 8 miles.

The earthquake has been reported as being felt in Santa Monica, West Los Angeles, West Hollywood, and Studio City.

The Los Angeles Fire Department tweeted that the “LAFD is in a *normal* operating mode” following the earthquake.