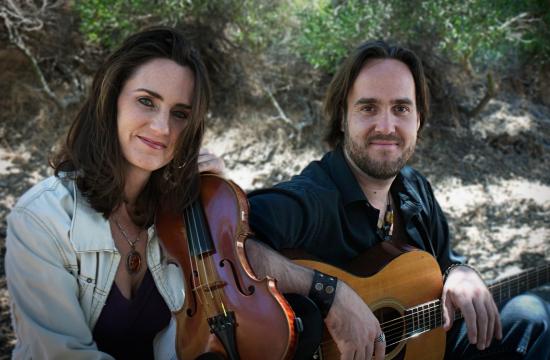 Acoustic duo and independent artists Bettman & Halpin will perform at McCabe’s in Santa Monica this Sunday, April 14 at 7 pm.

Their music ranges from upbeat tempos to ballads that address tough issues like anorexia.

Stephanie Bettman is an accomplished writer, singer, and fiddler, classically trained in opera, violin and voice. She originally hired self-taught guitarist Luke Halpin to play music with her, and now they are married.

The duo is fast earning a reputation in folk and bluegrass circles for hypnotizing performances filled with irresistible lyrics and transcendent harmonies.

They have toured together since 2008 and have won many awards including “Best Instrumental” for Buttonwillow in the 2012 Great American Song Contest.

Tickets for Sunday’s show are $20. McCabe’s is located at 3101 Pico Boulevard, Santa Monica.