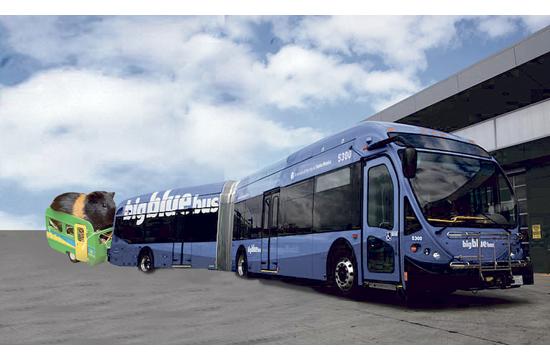 Santa Monica Big Blue Bus authorities have announced that in order to deal with recent spikes in passenger numbers they will begin utilizing Big Blue Trailers, a trailer with seats pulled behind a Big Blue Bus that, despite its somewhat inexpensive design, will provide “a comfortable open-air ride for our customers.”

Officials were adamant that early designs involving bales of hay and someone named “Cowboy Dave” playing live music had been rejected as “unworkable.”

In a related story police arrested “Ramblin’ Minstrel of the West” Cowboy Dave for public intoxication, following what the Cowboy described as “a career setback.”