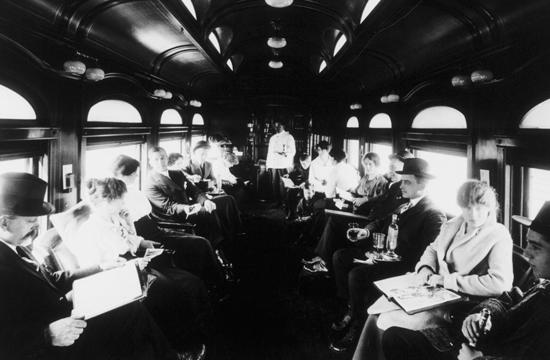 When the new Expo Line finally reaches Santa Monica from downtown LA there may be difficulty loading the trains but there won’t be a problem getting loaded.

Metro Link has announced that all Expo Line trains will have a full-service club car featuring a bar, tables, karaoke machines, blackjack tables, and a stage for live performances by nationally known “club car” entertainers.

While a calendar of Expo Line “Club Car Stars” will not emerge until later this year, a few tantalizing bookings have already been announced. They include jazz musician Kenny Gee, who covers all the smooth jazz hits of his more successful namesake, and “prop” comedian Rutabaga Top.

Others who have tentatively agreed to perform “on the rails” are female impersonator ‘Bob-ra’ Streisand, song parody group Tony Orlaffo and Duh, and Louie Anderson.