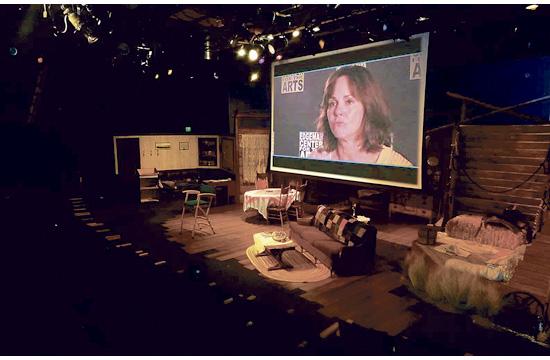 Edgemar Center for the Arts at 2437 Main Street has announced it will host “Cinema at the Edge Film Festival” the weekend of May 30.

The festival will screen independent films of all genres that feature a distinct vision and a unique voice.

Attendees will have the chance to watch independent films and enjoy panels hosted by celebrated writers, producers, distributors, and filmmakers.

Edgemar Center artistic director and festival founder Michelle Danner said she was delighted to give independent filmmakers an opportunity to screen their films in a community setting on the Westside.

“Surrounded by beautiful beaches, bustling restaurants, bars, retail shops and constant foot traffic, what the Westside has to offer filmmakers and cinephiles, will be quite different from what you’ll find in Hollywood,” Danner said. “Winners of the jury and audience awards in each category will be considered for acquisition by industry professionals working in international film distribution.”

Films competing in narrative feature, documentary, and short film categories will be eligible for Jury and Audience awards in which winners will have the opportunity to screen their film for industry professionals working in international film production and distribution.

Co-festival director Jason Chase Tyrrell said the festival was thrilled to showcase independent films in a community with such a great appreciation for art and cinema.

“Many films that screen at the larger film festivals don’t immediately catch fire and tend to fall through the cracks,” Tyrrell said. “We want to give these exceptional films another chance to connect with audiences and to gain exposure and additional opportunities for global distribution.”

For more information on the festival and to purchase tickets, visit cinemaattheedge.com.