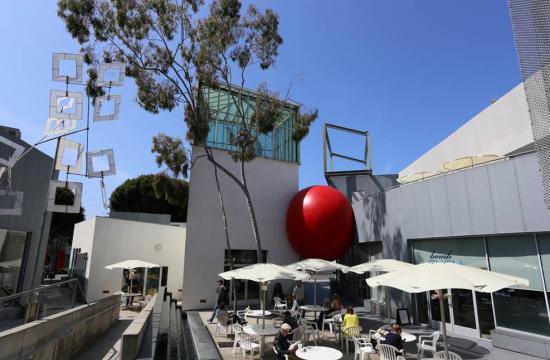 The giant red ball was spotted at The Edgemar Building Tuesday in Santa Monica; it was at the Los Angeles Theater on Monday.

This roving installation will be popping up daily at well-known locations throughout Los Angeles until Thursday – then traveling to San Francisco and Sacramento – leading up to the first day tickets go on sale April 8.

The goal of the partnership is to deliver the message of “Believe in Something Bigger” and bring the big red POWERBALL to life in an interactive and engaging way.

Residents are encouraged to tweet their interactions with the RedBall at #redballca #redballproject throughout the week…where could the RedBall be popping up next?