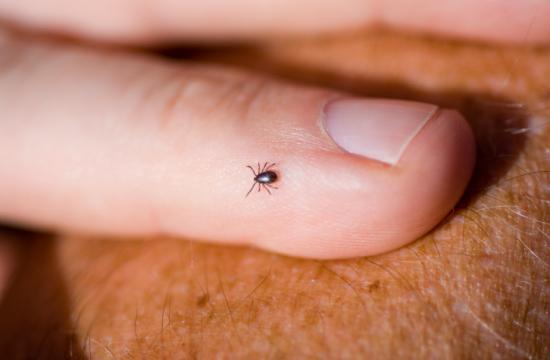 Lyme-positive ticks have been found near Santa Monica in four state parks: Malibu Creek, Tapia, Topanga, and Will Rogers in the Santa Monica mountains.

Hikers have been warned to take precautions such as wearing pants and long sleeves and avoiding tall grass. Another tip: check skin for ticks early and often during and after hikes to catch the parasites before they have a chance to spread the disease.

In February, lyme-positive ticks were confirmed in the National Park Service’s Paramount Ranch for the first time.

Click to view the locations/ dates the lyme-positive ticks were found.

Authorities estimate between one and two percent of western black-legged ticks carry the debilitating bacterial infection.

The bugs lurk in the grass along trails and latch onto unwitting travelers.

Young ticks, or nymphs, embed their heads into their victims’ flesh and feed.

Most people don’t immediately notice the bite, and a tick can infect a victim if it remains embedded for several hours.

Initial Lyme disease symptoms include a red, expanding rash, fatigue, chills, fever, headache, muscle and joint aches, and swollen lymph nodes, according to the Centers for Disease Control and Prevention.

The disease can be treated with antibiotics. If left untreated, it can cause progressively worse symptoms including severe pain, swelling of the spinal cord and heart palpitations. Some symptoms can linger or recur for years after the patient is treated.