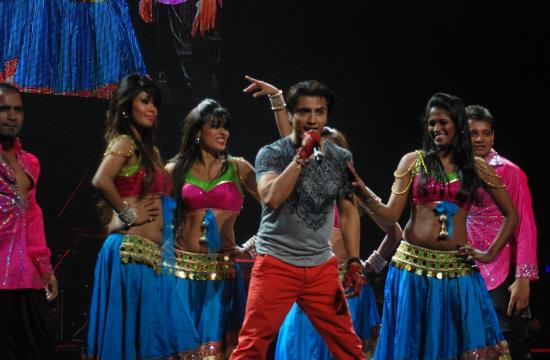 Music representing one of the world’s most popular film industries was on full display for the first time at L.A. Live’s Nokia Theatre, home of the Grammys.

Bollywood playback singer Sunidhi Chauhan and actor Ali Zafar performed for three hours in front of about 2,000 people on April 20, putting on a show for international charity, raising money for an eye care facility in India.

She has been hailed in India as one of the country’s most versatile singers due to her ability to sing in multiple languages.

Her concert partner, Zafar, is a Pakistani actor, composer, painter, and singer.

He constantly tops charts in Pakistan and has won several awards for Best Album, Best Pop Artist, Best Male Artist, and Song of the Year.

The concert was held to support Sankara Eye Foundation, which pledged to use proceeds from the musical performance to help build a new hospital in the Indian state of Rajasthan.

According to the group, the Sankara Eye Foundation had just provided its one-millionth free eye surgery in India.

The non-profit organization’s main mission is to provide improved eye care for the rural blind across India. They have already established nine hospitals in the country; a tenth hospital is already in the works.

In October 2012, the non-profit hosted a Sonu Nigam concert at the Gibson Amphitheater in Universal City.

Nokia Theatre opened in 2007; its first concert featured The Eagles and The Dixie Chicks.

It has also hosted ESPN’s “ESPY Awards” and the American Music Awards.

The 28th Annual Rock and Roll Hall of Fame inductions were held at Nokia Theatre two days prior to the Bollywood show.