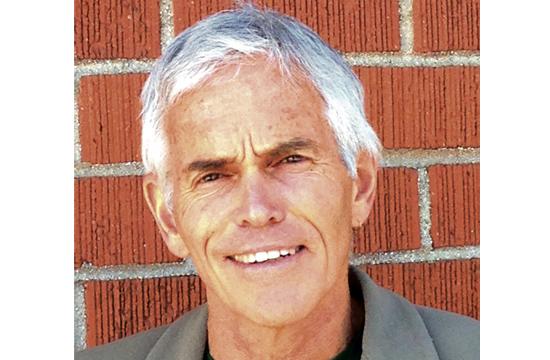 David Bryan, the Head of School at New Roads School in Santa Monica, has spent most of his life in the classroom.

In thinking about his teaching he said, “Some of the most exciting moments I’ve had have been in the classroom. To be part of a moment when everyone is being passionate and even ferocious about the same ideas, to help people come together in their shared knowledge, is exciting. It’s like juggling and then seeing the pattern emerge.”

Teaching started simply as a way to get through grad school without paying.

He was studying Law at SUNY Buffalo. Law School tuition was high and he decided to “go shopping” to see if he could find some financial help.

He found help from The SUNY Communications Department when they accepted him as a PhD student and paid for all his courses, including the law classes.

Bryan had always been shy.

When he found out that to get his tuition paid he would be required to stand up in front of a classroom of college students and teach he almost gave up.

However he didn’t want to lose what he saw as a great opportunity, so he gathered his courage, went into the classroom, and took roll.

He hoped that would be a way into a conversation with his students.

Seeing the name Timothy Leary on the roster Bryan asked the student.

The student looked questioningly at Bryan.

He had no idea there was a famous Timothy Leary.

Bryan was somewhat thrown and he jokingly asked the class, “Hey, do you guys know The Beatles?”

The class laughed. Bryan was relieved. He was more than relieved.

“I liked the feeling of making the students laugh,” Bryan said. “I liked the interaction. It got me out of feeling uncomfortable.”

By the time he earned his law degree he had come to the conclusion that he didn’t have the temperament for practicing law.

So he taught, he wrote, and he worked construction jobs. Then he and some friends went to Florida to live on a boat and work on boats.

“I lived on a 36’ Morgan sloop in south Florida and in the Caribbean,” he said. “Living on a boat makes you pay attention. There is always the demand of the ocean and that demand is ignored to one’s peril. You pay attention to the ocean and you pay attention to yourself. In fact, living on the ocean can be self -absorbing and over time it made me realize I needed to reenter the world. I was in the boat and reckoning with the idea of boat life and what’s next and the idea of teaching high school took hold of me hard.”

Bryan then started to research what he needed to do in order to teach high school.

His mother was in California and he wanted to live near her.

“I loved my Mom,” he said. “She was amazing. She could figure out anything, she could fix the dishwasher and the washing machine. She was smart about money and investments. She loved her garden, especially her roses and her gladiolas. She hated housework. She and my father made it abundantly clear to me and to my brother that they loved us.”

LA Unified gave him a substitute teacher emergency credential. While he was subbing at LA Unified he was also looking for a full time job.

He ran into Jack Zimmerman who had been a friend from college days.

Zimmerman was by then an educator and a therapist.

He introduced Bryan to Paul Cummins, the Founder and Director of Crossroads School in Santa Monica.

Cummins hired Bryan to teach Crossroads Middle School history, English and the mysteries classes – then an innovative and now a widely used curriculum for teaching human development and ethics.

Part of the ongoing discussion among faculty at Crossroads was how to make a Crossroads education available to all students who wanted it.

It was an idea Paul Cummins acted on and he started New Roads School to do just that.   Cummins formed the New Visions Foundation to provide support for his plan for the school and for an Educational Village.

Cummins asked David Bryan to be the Head of School at New Roads.

It was an assignment Bryan gladly accepted.

Bryan describes the work at New Roads as “super joyful.”

“The kids are fabulous,” he said. “They come to school because they want to be here and that’s an essential part of a learning environment.”

New Roads is a school that is genuinely diverse – racially, ethnically, culturally, and socioeconomically.

Diversity is recorded in school demographics and statistics.

Bryan said the students and faculty have “embraced diversity.”

“It is lived in the daily life of the school,” he said. “At New Roads, students and faculty cross the invisible barriers that seem to exist in our society even though we all know they have no basis in fact. Another measure of our success as a school is that our kids are prepared for college and our students go to colleges all over the country. Even more important, they are prepared to take the next steps on the path of life.”

After 18 years of being the Head of School at New Roads, Bryan is retiring.

He and his wife, the psychologist and educator Shelly Graham, are moving to the Santa Cruz Mountains.

Right now his plan is to create some space and see what fills it up.

“I’ve had an adventurous life,” he said. “Now I’m doing what I always tell the kids to do, be open to having a new adventure.”