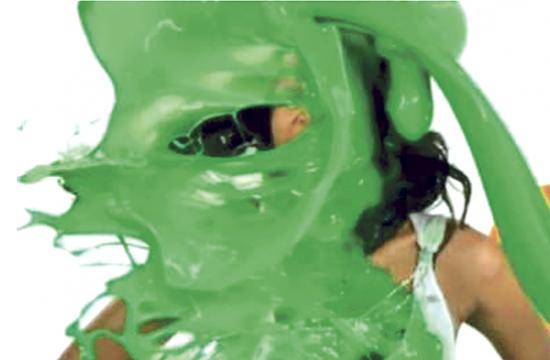 Santa Monica’s 2014 LA Marathon finish line will be “entertainment enhanced” according to executives from Nickelodeon children’s television, sponsors of the finish line next year.

Plans call for each runner finishing the marathon to be “slimed” with a viscous green substance that Nickelodeon says washes clean “in a matter of weeks and is relatively odor-free.”

The new plans fell into place when sponsor Trojan prophylactics was told that a large inflatable display they had planned to use would exceed city height restrictions.

Trojan president of marketing Dan N. Gorge winked at reporters and said, “Believe me, I of all people understand.”