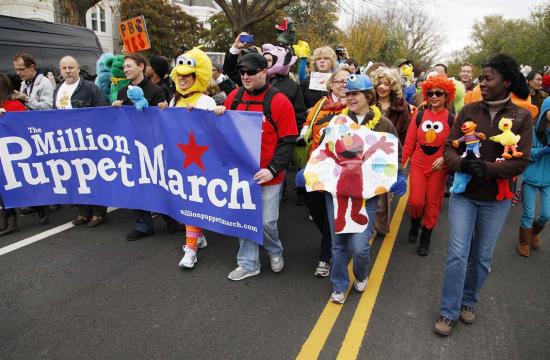 Los Angeles’ “Largest Puppet Parade Ever” will be held in Santa Monica next Sunday, April 28.

At 11 am, the parade will march south along the Promenade to 3rd and Broadway for the closing ceremonies at 12:30 pm.

The public is invited to be a part of history as the parade will try to beat the record for the largest puppet march ever.

The parade is being organized by the Million Puppet March, the organization that garnered worldwide media coverage with its March on Washington in the fall of 2012.

The Puppet Parade Grand Marshall is Alan Cook, the founder of the International Puppetry Museum in Pasadena, who will be recognized at the closing ceremonies immediately following the parade.

Events range from free to $25 per person and may have age recommendations.