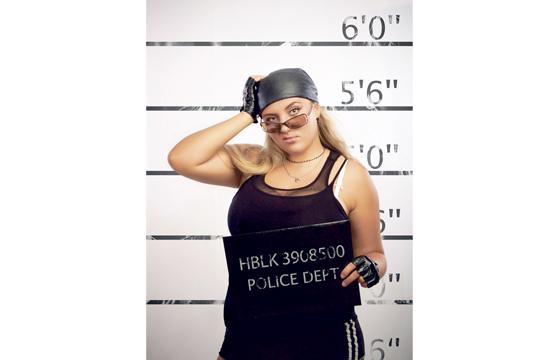 Insisting that a later search of her car and purse would “probably turn up something illegal,” Santa Monica police arrested alleged actress Lindsay Lohan just on general principles last Friday afternoon as she was leaving the hip jewelry boutique “Pretty/Empty/ Life.”

As expected a quick examination by police of the exterior of Lohan’s car revealed the presence of manatee blood on the hood, shards of cloth from a pair of mental institution pajamas hanging from the front fender, and an amputated deer hoof pinned under the driver’s side windshield wiper.

Upon hearing cries of “No air, no air!” police opened the trunk of the vehicle and found a family of four who, through a translator, insisted Lohan was just giving them a ride to The Grove.

Lohan, who despite legal problems recently made it into the semi-finals of ABC’s “Are You Smarter Than a Can of Pumpkin Pie Filling?”, told reporters that the pre-emptive arrest by Santa Monica officers was “a real time saver.”

“Now I’m out on bail before the clubs open, and most importantly I’m back on the road,” Lohan said.