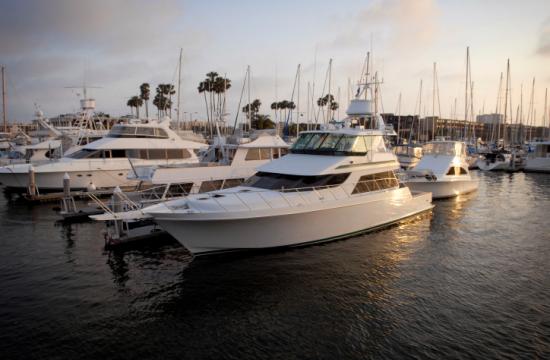 The U.S. Geological Survey record the temblor at a depth of 8 miles.

It was reported as being felt in the close surrounding areas of Santa Monica, Mar Vista, and Inglewood, but as far away as West Los Angeles, West Hollywood, and Studio City.

Celebrities and residents took to twitter in mass numbers.

Actor and 2012 presidential nominee of the California-based Peace and Freedom Party Roseanne Barr tweeted, “Just laying down when an earthquake struck- i ran upstairs – it was scary. #marinadelrey.”

@CarloMoss tweeted: “Of course the only time my hometown is trending is because of an earthquake. #MarinaDelRey”

@danagabrion tweeted: “Felt like my hot tub hit a speed bump. I live just above the ‘Del’. #earthquakes #la #marinadelrey #3.2”

Some took a comedic approach to the earthquake.

@thEoLdSouLHFP tweeted: “@DJISLORD & I want to formally apologize for causing that earthquake at #MarinaDelRey. That was us bumpin dem speakers w/ @IsangBansaLmu”

However, not everyone felt it.

@_marissadeleon tweeted “was i the only one who didn’t feel the earth quake in #MarinaDelRey.”