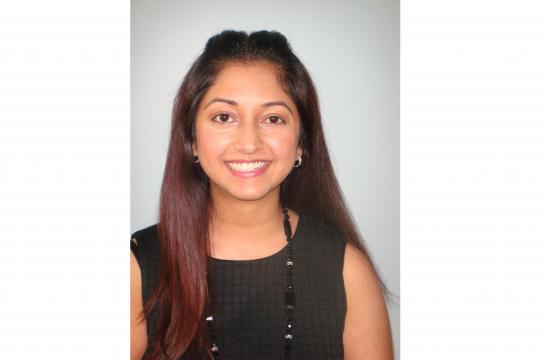 Bansal brings more than 10 years of experience in the nonprofit sector with a specialty in corporate social responsibility, online and social media communications, nonprofit management, and individual engagement.

She previously worked as Director of Volunteer Engagement for United Way Worldwide, the world’s largest privately funded charity which is headquartered in Washington DC.

Bansal also staffed the United Way’s Caribbean Regional Council during the response to the 2010 Haitian earthquake, as well as the region’s partnership negotiations which resulted in 100 percent adoption.

She increased the number of Student United Ways to 70 plus campuses in 32 states in the U.S. and the first three international locations; and expanded the reach of United Way Day of Action to 333 communities across the 50 United States, Washington DC and nine international communities.

Born in England and raised in Ventura and Orange counties in California, Bansal holds a Bachelor’s Degree from the University of Southern California.

She recently completed her Master of Arts in Global Affairs from George Mason University and spent a term studying corporate social responsibility and the impact of non-governmental organizations at the University of Oxford in England.

In her role with the New West Symphony she is responsible for leveraging her skills and passion for the arts to build new partnerships and increase outreach across eastern Ventura County and western Los Angeles County regions.

“I am looking forward to advancing awareness and support for the Symphony within our community, and to furthering its role as an outstanding professional arts organization within Ventura and Los Angeles counties,” Bansal said.

Founded in 1995, the New West Symphony is a professional orchestra that draws its players from the rich talent pool of professional Los Angeles-area musicians. Led by music director Marcelo Lehninger, the Symphony is the resident company of the Oxnard Performing Arts Center, the Thousand Oaks Civic Arts Plaza, and Barnum Hall in Santa Monica.

It also provides quality outreach and educational opportunities for the communities it serves through its annual Symphonic Adventures concert programs for youth, its traveling Music Van, and its new partnership with Harmony Project, an after-school program for underserved students.