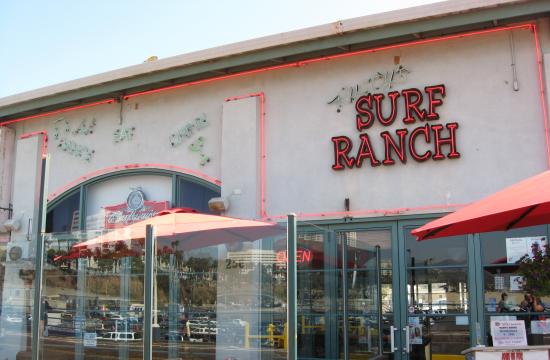 Rusty’s Surf Ranch on the Santa Monica Pier will host a “Save Chain Reaction” benefit fundraising concert later this month.

The special event is a locally organized fundraiser being coordinated mostly by high school students, but all ages are cordially invited.

The Campaign to Save Chain Reaction will also be selling t-shirts, posters, books and more at the benefit event.

Paul Conrad gifted the iconic and monumental sculpture to the City of Santa Monica through a $250,000 philanthropic peace donation by an anonymous benefactor. It has been standing in the Santa Monica Civic Center since 1991 as a warning of the dangers of nuclear escalation.

The City has given the Conrad family and community a very challenging task: Raise the $450,000 the City says is needed to restore it, and raise it by February, 2014.