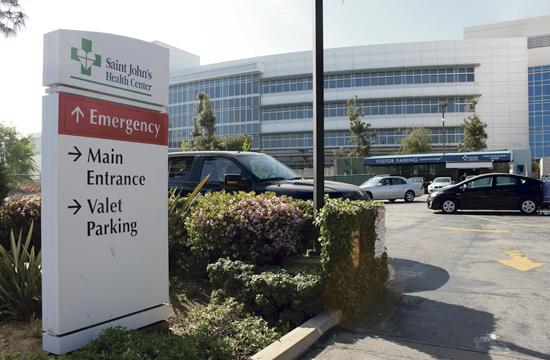 A local hospital’s plan intended to abstain from building a 442-space parking garage was also, according to Santa Monica City Hall, a plan sculpting away as many as 232 parking spaces in an area already saturated with automobiles making stops there.

A letter made available to the press from City Planning Director David Martin informed the hospital its parking plan fell short by 210 slots on site and as much as 22 more off-site.

The hospital issued to City Hall a proposed parking plan as part of an agreement between both parties, where SJHC would provide sufficient parking for its employees and patients in lieu of building a 442-space parking garage.

SJHC submitted its plan to City Hall in anticipation of losing 450 parking spots at Colorado Center, where the hospital’s lease expired March 31.

The hospital also made a deal with City Hall in 2011 to avoid building a subterranean parking garage. As part of that agreement, SJHC was required to provide its employees and visitors with “functionally equivalent” parking spaces.

According to Martin’s letter, SJHC must “provide at all times parking that is functionally equivalent to the previously-approved North Campus Subterranean Parking Garage” and “the peak parking demand of the hospital’s various user groups,” such as patients, visitors, staff, physicians, and scientists.

“The proposed Parking Management Plan does not provide the requisite number of spaces to serve as a replacement to the Colorado Center lease,” the March 29 letter continued. “Your submittal shows a minimum deficit of 210 parking spaces which would need to be remedied through the provision of spaces either owned by (the hospital) or leased with terms similar to those in the Colorado Center lease.

“This deficit of functionally-equivalent parking spaces must be remedied.”

SJHC proposed 91 more spaces in its current plan than in the 1998 FEIR for the South Campus and Emergency Room parking lots, bringing the total net loss of parking stalls to 210 on the SJHC campus.

SJHC issued its proposal to City Hall in January and reportedly stated its plan would be able to provide sufficient parking for employees and visitors even during peak hours. Just weeks earlier, the Colorado Center issued a notice to SJHC its 10-year lease for 450 spaces there would be terminated come spring.