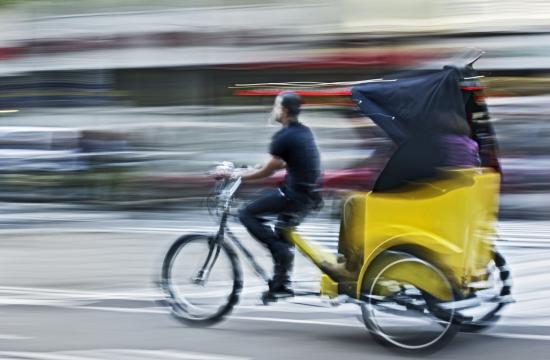 Tourists may be drawn to Santa Monica for its scenic coast, but soon many of them will be able to get around town in a pedicab.

The council unanimously approved last Tuesday an ordinance allowing pedicabs to operate in most of Santa Monica. There are two places where pedicabs are prohibited from operating: the Santa Monica Pier and the beach bike path.

Of course, the allowance of pedicabs in Santa Monica comes with a fair share of safety regulations, such as taking a training course in bicycle safety. Pedicab operators must also have a valid driver’s license and a clean driving record. Further, pedicab operators would be required to have a business license, similar to taxicabs.

“The regulations would require pedicab companies to obtain an operating permit and pedicab vehicle permits to ensure that minimum equipment and signage standards are met,” City staff stated in a report. “Pedicab drivers would also be required to obtain permits to ensure qualifications were met.”

The ordinance also subjects pedicabs to honoring the “rules of the road.”

Pedicab operators must also provide the City with hours of operation, submit proposed routes, and allow their vehicles to be inspected

Even though the ordinance cleared first reading this week, City Hall had already received a business license application from Trike Pilots, Inc., in June 2012 to operate between five and eight pedicabs here in Santa Monica. According to City staff, the company hopes to operate as many as 20 pedicabs throughout various locations within the City.

The approved ordinance did not establish a minimum or maximum number of pedicabes that are allowed to operate in Santa Monica.

After that request was made but before the council’s April 9 meeting, a study session was held to determine “the impact pedicabs could have on circulation (and) the potential safety issues involved,” City staff stated.

City staff stated that allowing pedicabs in Santa Monica would be a balancing act of catering to the rising popularity of bicycle taxis and maintaining safety.

One concern council members rose: the coexistence of pedicabs and vehicles on Santa Monica’s busiest roads.

According to City staff, pedicabs are not yet allowed in Los Angeles, yet that city “is commissioning a study to assist with establishing regulations.”

The ordinance will return to council members in two weeks for a second reading. If the ordinance passes the second vote, it will officially become law.