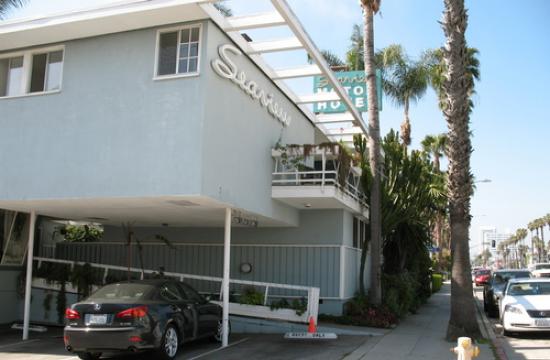 SMPD Sgt. Richard Lewis said officers responded to the hotel at 11:40 pm after complaints of noise from one of the guests at the hotel.

“When officers arrived people started fleeing out of windows,” Lewis said. “We took two people into custody and detained three more people at the beach.”

Lewis said the investigation is ongoing, but he said it was likely a robbery kidnapping.

“We are trying to confirm what is being said as we are getting conflicting statements,” he said. “The victims know the suspects and vice versa.”

Lewis said the two victims were taken to hospital for minor injuries.

He said a couple of guns and brass knuckles were recovered and a pit bull was taken into custody.

Check back at smmirror.com for updates on the developing story.