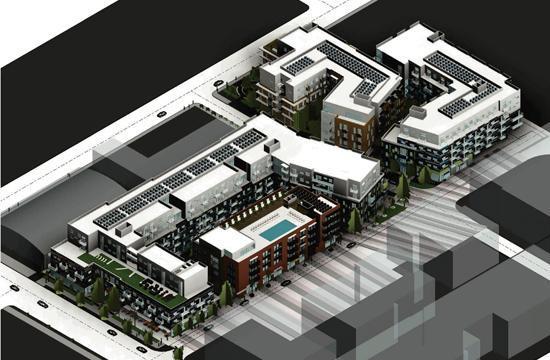 Regarding yet another development agreement (Village Trailer Park), the city’s planning director states “we are asking developers to provide roads and connections we’re seeking, and it doesn’t make sense to also penalize them for ceding their property” and adding “that the calculation was a common one used in previous development agreements.”

Yet at the same time the city is giving the developer a $2.3 million community benefit credit, an additional 65,000sf of residential density, and 34,400sf of “free” parking area below the “public street.” All this additional use while the city has an ongoing obligation of maintenance and liability for these street easements.

The majority of this circulation is needed to serve his property. The developer is no longer obligated to build and maintain his own access and driveway circulation which would have taken up easily one half of the public street easement area, while at the same time, he is gaining density, parking area, and a $2.3 million community benefit.

As a developer and architect I’ll take that trade any day. Yes, the city is benefitting from the continuity of an overall circulation system but the developer is gaining much, much more. And the community should understand that the day this development agreement was approved, the city handed the developer a $25 million profit in increased land value alone, in addition to still more profits to be realized in the future from its development after he sells the package to an institutional developer.

As seems to be the case with all these development agreements, this “trade off process” is truly a sick, expensive, dense and traffic congestion joke on the citizens of Santa Monica.