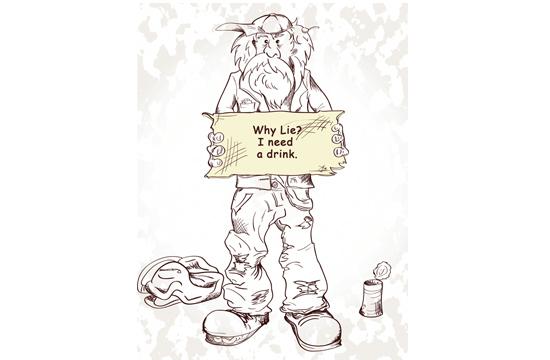 Citing numerous cases of homeless panhandlers being rude and even aggressively obnoxious with the public, the City of Santa Monica is hoping to enforce a new code that compels any appeals made by panhandlers to include a logical and rational argument as to why they should be given free money.

“The ‘spare’ change approach doesn’t work in this economy,” observed Santa Monica City Panhandling Supervisor Ebenezer Rooge. “Nobody has ‘spare’ money, for crying out loud! We’ll sharpen these appeals by demanding that there be some logical argument involved.”

New appeals for spot donations will include harsh but honest realities (“Beautiful face.  How much did you pay for it?  Because I want to stuff mine and I’m broke!”), nagging guilt (“Before you get in your $40,000 Volvo, could you buy me a carrot so I don’t go blind before I die of hunger?”) and pointed observation (“Too bad the people that sewed your beautiful clothing can’t leave their native land.  But I’ll get out of your face for a buck!”).