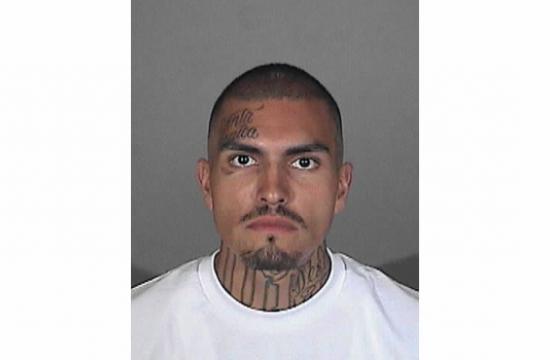 A 21-year-old Santa Monica man has been arrested on suspicion of attempted murder for shooting an adult female in the area of Delaware and 20th Streets on April 2.

The Santa Monica Police Department received several 911 calls from residents in the area at 8:10 pm,who were reporting hearing several gunshots being fired.

SMPD Sgt. Richard Lewis said upon arrival, officers spoke with a witness who told them that they observed a male subject, possibly African American with a mustache and wearing dark colored clothing and a dark knit cap, walk up to a vehicle waiting for a red light westbound Delaware at 20th Street.

“The suspect was seen firing several rounds from a handgun into the vehicle,” Lewis said. “The vehicle sped off and the suspect fled eastbound on Delaware and out of sight.”

During the investigation, officers were notified that a victim of a gunshot had been dropped off at a local hospital.

Officer’s responded and spoke to an adult female who suffered a minor graze wound as a result of the shooting at 20th and Delaware.

Lewis said she was uncooperative with officers and investigators who responded.

As the investigation continued, investigators began developing information regarding a possible suspect.

On April 9 at about 3 pm investigators took the suspect, Jeremy Emmanuel Gonzalez, into custody as he exited his residence in the 2200 block of Delaware.

The suspect was booked on the following charges: attempted murder, “shoot at an inhabited dwelling/vehicle,” assault with a deadly weapon, and “criminal street gang/promote.”