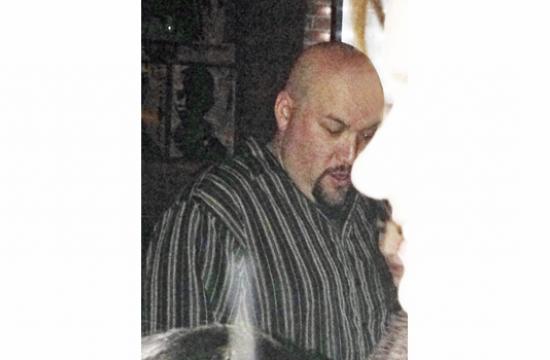 Santa Monica police released the above photo today of a man they suspect punched a man unconscious on the dance floor of Zanzibar nightclub at 1301 5th Street just before midnight on Friday, Feb. 22 this year.

The preliminary investigation revealed the victim, an active duty United States Marine, was dancing on the dance floor when, without provocation, the suspect punched the victim in the face.

“When the victim’s friend stepped between the suspect and the victim, the suspect assaulted him,” Lewis said. “The suspect then fled southbound on 5th Street and out of sight.”

Lewis said the victim sustained major injuries to his head and face.

“He was transported to a local hospital and has subsequently undergone several surgeries in an attempt to repair the damage,” he said.

On the night of the assault the suspect was wearing a black and white striped shirt and dark jeans.

The suspect was accompanied by a female, Hispanic or Asian, 28 to 32 years old, 5’2″-5’4″, medium build, wearing a gold colored shirt; she has not yet been identified.