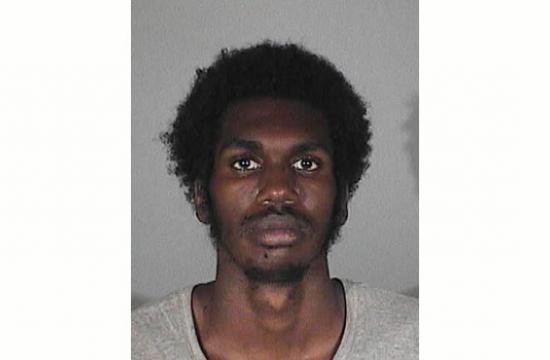 An alert Santa Monica resident who dialed 911 while witnessing a car burglary in progress early Tuesday helped lead police to the arrest of 22-year-old homeless man on a burglary spree.

The resident told the 911 operator that a man wearing a black hoodie had broken into a car parked on the street. While the resident was still on the phone to the operator, the suspect was seen exiting the vehicle, crossing the street, and trying to gain access to another parked vehicle.

“A perimeter was established and a K9 Officer from SMPD was called to the location,” Lewis said. “In addition, officers obtained the assistance from an LAPD airship.”

At about 7:22 am a K9 located the suspect inside a detached garage in the 600 block of 19th Street, Lewis said.

“A search team made contact with the suspect and he was taken into custody without incident,” he said. “Detectives responded and determined that a total of eight vehicles in the area had been burglarized.”

The suspect was later identified as Keith Aaron Whittington.

All property was recovered, Lewis said.