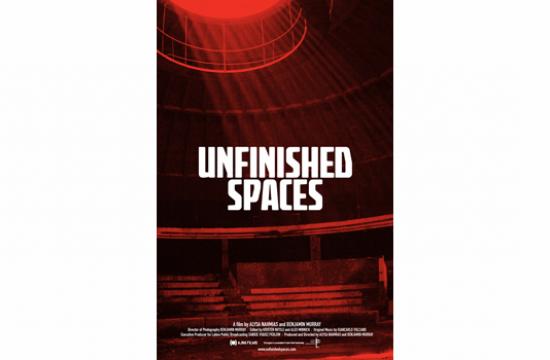 A screening of the documentary film Unfinished Spaces (2011) by Alysa Nahmias and Benjamin Murray will be held this Sunday, April 21 at 1 pm in the Santa Monica Main Library’s Martin Luther King, Jr. Auditorium, 601 Santa Monica Blvd.

The event is being held in partnership with the Society of Architectural Historians, Southern California Chapter (SAH/SCC), and the Santa Monica Public Library.

In 1961, three young architects – Vittorio Garatti, Roberto Gottardi, and Ricardo Porro – were commissioned by Fidel Castro to create Cuba’s National Art Schools on the grounds of a former golf course in Havana.

After construction and the school’s first classes began, the project was abruptly halted and the architects’ visionary designs were deemed irrelevant in the changing political climate.

Forty years later, the schools are in use, but remain unfinished and decaying. This fascinating documentary follows the story of the site’s design, neglect and eventual rediscovery as an architectural masterpiece.

Following the screening, SAH/SCC will host a panel discussion with Advisory Board members Stephen Harby and Ken Breisch, along with member Peter Moruzzi. Harby has led several architectural study tours to Havana.

Breisch is the SAH National First Vice President and a professor of architectural history at the USC School of Architecture. Moruzzi is the author of Havana Before Castro: When Cuba Was a Tropical Playground (Gibbs Smith, 2008).

This event is free and open to the public. Seating is limited and on a first arrival basis.