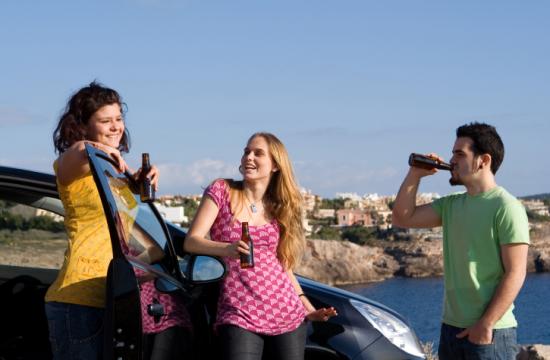 Santa Monica has been selected for a new, county-funded initiative to lower its rates of underage drinking.

The Westside Impact Project is funded by the Substance Abuse and Prevention Control Division of Los Angeles County.

It aims to achieve substantial reductions in the city’s incidence of underage drinking over the next five years, as well as its associated harms, which include traffic crashes, school problems, violence, and sexual assault.

“Sometimes it’s forgotten about, but alcohol remains the drug of choice for youth and it presents the most danger,” said Brenda Simmons, Project Director. “Studies show that kids are starting to drink at younger ages than ever before, and the rates of adolescent binge drinking are rising.”

The local data offers a serious look at the problem.

The 2010 California Healthy Kids Survey, which surveyed L.A. County students on their alcohol use, found that 75 percent of Santa Monica High School 11th graders described alcohol as ‘Very Easy’ or ‘Fairly Easy’ to get.

Twenty-six percent reported at least one incident of binge drinking within the previous month, which is defined as consuming 5 or more alcoholic beverages in one session.

Santa Monica youth were 10 percent more likely to report having had a drink during the previous 30 days.

The Centers for Disease Control and Prevention (CDC) reports that people aged 12 to 20 years drink 11 percent of all alcohol consumed in the U.S., and more than 90 percent of that alcohol is consumed in the form of binge drinking.

In 2010, approximately 189,000 persons under age 21 were emitted to emergency rooms for injuries and other alcohol-related conditions.

The Westside Impact Project is being directed by the Institute for Public Strategies, an L.A.-based non-profit focusing on Environmental Prevention, with support from the CLARE Foundation, a substance abuse treatment and recovery center that has operated in Santa Monica for 40 years.

The team is talking with residents, community groups, local law enforcement, and school officials to get their perspectives and determine solutions that reduce youth alcohol access in the places they get it most: social and retail settings.

Officials on the Project acknowledge that solutions for the primary underage drinking culprit – home parties – can be tricky because of culturally engrained beliefs that underage drinking is ‘okay’ if it’s done at home.

“These kinds of parental decisions can be difficult, and there can be a prevailing attitude that, ‘Underage drinking is inevitable…I’d rather have it happen in my own home where I can control it,’” said Matthew Healy, Director of Clinical Services at the CLARE Foundation. “That sets up a dangerous precedent. If you’re permissive, who else is going to be permissive? Who’s going to be serving your kids alcohol this weekend? It’s an uncomfortable proposition.”

As Santa Monica has a high volume of alcohol outlets, the Project will also focus on solutions that reduce youth access to alcohol within retail environments.

Santa Monica was ranked sixth highest out of 117 cities in the county for its concentration of bars and restaurants in a recent L.A. County Public Health report.

Retail-focused strategies that have shown quantifiable reductions in underage drinking rates in other communities include Deemed Approved Ordinances, which impose community-determined performance standards on existing alcohol outlets; minor decoy operations; and dedicated compliance officers, who work to guide and assist alcohol retailers with any new programs.

Simmons underscores that the Westside Impact Project is not anti-business, or even anti-alcohol.

“We recognize that alcohol establishments play an important role in our economy and culture,” said Simmons. “We just want to collaborate with the community to ensure Santa Monica has the best mechanisms in place to lower its rates of underage drinking.”

“Ultimately, this work is about creating a loving, community-wide shift in our attitudes toward underage drinking,” said Trisha Roth, Chair of Substance Abuse for Chapter Two of the American Academy of Pediatrics, Santa Monica resident, and Westside Impact Coalition member.

“We, the adults, can all come together on this, recognizing that underage drinking is a real public health and safety concern. We all want the same thing: the safest, healthiest community possible for our young people.”